Rock Candy did a much needed ‘Remastered & Reloaded‘ treatment on both early BAD BOY albums, for the first time officially on CD. Fronted by vocalist / guitarist Steve Grimm (who later released some very good melodic rock albums with the Steve Grimm Band) Bad Boy rocked the Midwestern scene with their blend of classic melodic rockin’ tunes.
Titled “The Band That Milwaukee Made Famous“, this is Bad Boy’s debut.

Getting a record deal was not the easiest of tasks in the Seventies, especially if you were based in the Midwest of America with no real prospect of getting heard by industry big wigs at labels in New York or Los Angeles.
There was no Internet, and telephone calls cost and arm and a leg. But, as the saying goes, there is no substitute for hard work, and by building a substantial local reputation, word soon spread that Bad Boy were a band fit for purpose.

Catching the ear of producer Bob Brown, who conveniently also worked in artist relations for the respected United Artists label, Bad Boy soon found themselves signed and flown out to Los Angeles to record their debut album.
Appeared in 1977 “The Band That Milwaukee Made Famous” boasts powerful riffs and melodic choruses, the sort of thing that elevated Aerosmith, Ted Nugent and Kiss to superstar status during a time when rough and tumble hard rock was all the rage. 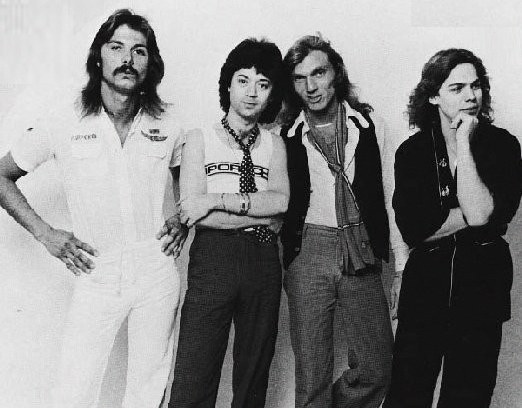 “The Band That Milwaukee Made Famous” may have been a bit of a mouthful at the time but, to those in the know, it made perfect sense, being a humorous parody of a famous advertising hook used by one of the many Beer breweries based in the city.
The album sold reasonably well, even making the Billboard charts, but Bad Boy didn’t become a house hold name. This album did, however, provide an opportunity for them to record an impressive follow up, ‘Back To Back’.

Bad Boy’s debut is a charming slice of straightforward journeyman hard rock. Though there’s nothing that reinvents the wheel, it’s competent and memorable in places.
The album sounds like anything you’d expect from a band from this era, lifting elements from their contemporaries like REO Speedwagon, Head East, Starz, Aerosmith and many more.
Highly Recommended