With many of their releases already out of print, Melodic Rock Records is reissuing some artists / albums from their catalog, and JADED PAST‘s “Believe” was made available again, with revised track-list and remastered.
JADED PAST is the creation of New Jersey-based lead vocalist, guitarist and songwriter George Becker. The album was produced by TRIXTER’s guitarist Steve Brown who also contributes some riffs n’ solos and backing vocals.

Brown also was involved in Jaded Past’s first, self-titled album, in fact, the last 4 tracks on “Believe” are taken from the debut, re-mixed & re-mastered for the occasion. Style-wise, Jaded Past has a down-to-earth melodic hard rock sound with a touch of American Midwestern and bluesy overtones.

On the vocal department, Bret Michaels of Poison (especially in his solo career) must be one of Becker’s main influences, as he’s adopted his singing style to some of the songs. Particularly the ballads are pure Poison…
However, for the most part “Believe” rocks out and it’s where Becker / Jaded Past lets his own sound shine through. The album’s highlights for me are among the more uptempo tracks, namely ‘Tattered’, ‘Taken’, ‘Don’t Judge’ and ‘Hurt’, all delivered with energy and passion where the melodies and the playing are spot on. 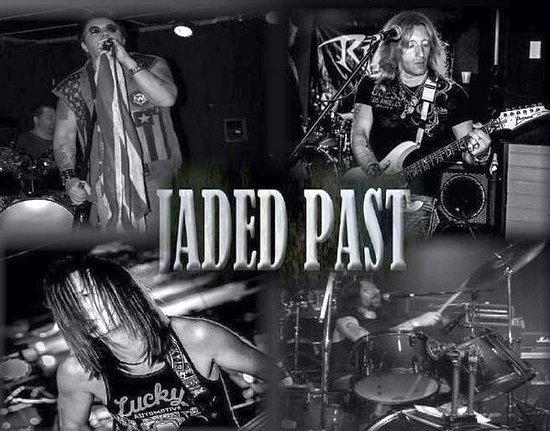 Finely produced, “Believe” will appeal fans of Poison, Bret Michaels, White Lion’s Mike Tramp solo works, even some Tyketto last period.
I think most instruments are handled by Steve Brown for the recording (except drums by Dennis Zimmer) so expect good musicianship and of course, some Trixter vibe as well.
Really cool stuff