After the demise of the original line-up, remaining members Carmine Appice and David Michael-Phillips teamed up with Johnny Edwards, Jeff Northrup and Larry Hart, all 3 members of the Sacramento, CA band Northrup at the time.
Bassist Johnny Rod, who appeared on the first two albums as bassist, does not play here. However, he does contribute backing vocals, and also former Kiss’ Peter Criss among others.

“King Kobra III” was originally released in 1988 via small label New Renaissance Records, featuring new vocalist Johnny Edwards in the ‘hard to fit shoes’ of Mark / Marcie Free who quit the band a year before.
Edwards does a very good job, and there’s some killer, criminally underrated songs on this record in the vein of King Kobra’s first album, Quiet Riot, etc.

‘Mean St.Machine’ is a darn good rocker, ‘Take it Off’ is heavier with solid lyrics and strong guitar work, then ‘Walls of Silence’ is a highlight; the chorus rocks, and the guitar riffs crunch with energy. An ’80s anthem.
The band slow things a little for ‘Legends Never Die’, but soon the pace gets uptempo with ‘Redline’, reminiscent of the first album.

There’s great Eighties glam metal rhythm to ‘Burning in Her Fire’, ‘Perfect Crime’ delivers more smoking guitar work and strong vocals, then they do a cover of the Gene Simmons / Paul Stanley penned ‘It’s my Life’, a rocking number and one of the best on the CD. 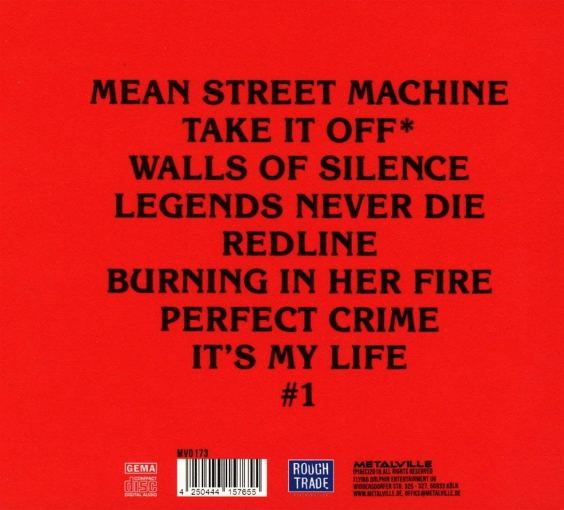 On “King Kobra III” the band returned to the heavier, hard rocking sound of their debut.
While production wasn’t on the big budget of the band’s previous efforts, this album rocks with uncompromised energy. This remaster – and I think there’s some remixes as well – results much clearer than the original release, punchy, bright, rich in high / bottom harmonies.
Highly Recommended