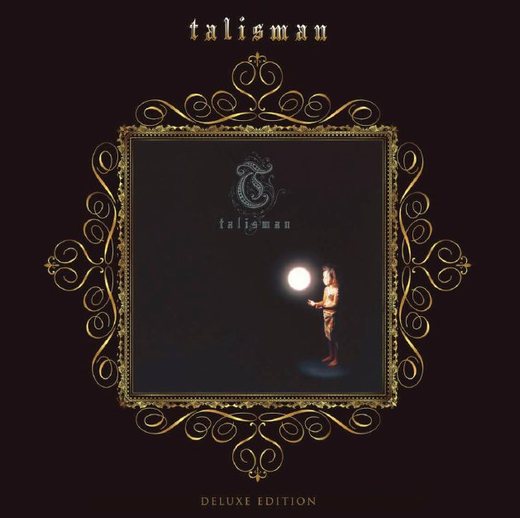 All the TALISMAN catalog has been reissued by a Swedish label with new artwork, newly remastered audio and previously unreleased material. We already presented most of these on this blog but a couple missing, and two that can’t be absent in your Talisman / Jeff Scott Soto collection.
And one of these is TALISMAN’s self-titled debut “Talisman”.

Talisman was the brainchild of talented Swedish musician Marcel Jacob (RIP) who at an early age discovered that he possessed the talent for playing guitar and writing songs. Marcel started his professional musical career playing together with Yngwie Malmsteen and in a band called Force (which would later become EUROPE)
With Force, he co-wrote the songs “The King Will Return” and “Scream Of Anger” with Joey Tempest, the later which would remain a live favorite amongst Europe fans and that the band continue to perform live even today.

Then Marcel recorded the album “Marching Out” with Yngwie and remained for 2 world tours from 1984-86. Difficulties with management forced him to quit and head back to Sweden.
In autumn of 86, guitarist John Norum departed from the band Europe and was looking for members to complete his solo band. Marcel joined and started writing songs for Norum’s first release “Total Control”.

After a successful album and tour, the idea was to get started on a new album for Norum but after some disagreement on direction, Jacob decided to record his own album with the working title ‘Guitars On Fire’. Göran Edman, the singer with Norum at the time, sang on the original demos.
Edman decided he would remain with Norum and through conflict of interest, wasn’t able to continue working with Jacob. Shortly after Edman could nor pursue the recordings, Marcel then met Christer Wedin, who worked for the record label Elektra, and was convinced Marcel’s new project was worth looking into.

With a deal now in place, a vocalist was needed to secure the direction of the songs. On a whim Marcel contacted Jeff Scott Soto in the US who was with him in Yngwie’s band years earlier.
Soto was extremely interested after hearing the songs and once the all were done and mixed, Jacob changed it from a solo project to a new moniker called TALISMAN…
Marcel recorded the bass, keyboards, most the drums and guitars himself except the solos, handled by guitarist Christopher Ståhl.
Then Jeff Scott Soto recorded the lead vocals and arranged the backing vocals / harmonies, all performed by himself on various layers of tracks. The results were spectacular.

The mixing was done at Abba’s Polar Studios in Stockholm and in February 1990 Talisman’s self-titled debut and first single ‘I’ll Be Waiting’ released in Scandinavia.
Success was not immediate but the single dis air on the biggest hit radio show in Sweden, receiving more and more requests for Taliman’s music.

So Jacob / Soto decided to re-release the single for a possible chart position and this time it went straight to number 3, and the following week to number 2. This was huge considering the fact Talisman played hard rock and the standard on the radio show was Top40 pop music.
The single went gold and the album “Talisman” sold over 50,000 copies in Sweden alone, a big number for the local market.

Although Talisman was not properly ‘a band’ (something developed for the band’s second album, the outstanding Genesis) Jacob & Soto formed a terrific tandem on this debut “Talisman”. Jacob’s fine taste and skills provided a heavenly musical background for Soto’s powerhouse vocals.
Simply class. Period.

You just can’t resist the melodic sheen of the opening trio ‘Break Your Chains’, the exquisite ‘Standin’ On Fire’ and of course, Talisman’s best ever song ‘I’ll Be Waiting’. And the rest of the album is plenty of killers, no filler as well. This Sun Hill Records remastered reissue is close to perfection, delivering a great balanced sound and a pristine output.
And if you need more there’s previously unreleased live tracks from the era testifying how awesome Talisman was on stage. Be aware there’s two versions of this release, one with 6 bonus tracks and this one with 8 bonuses.
A Must Have.