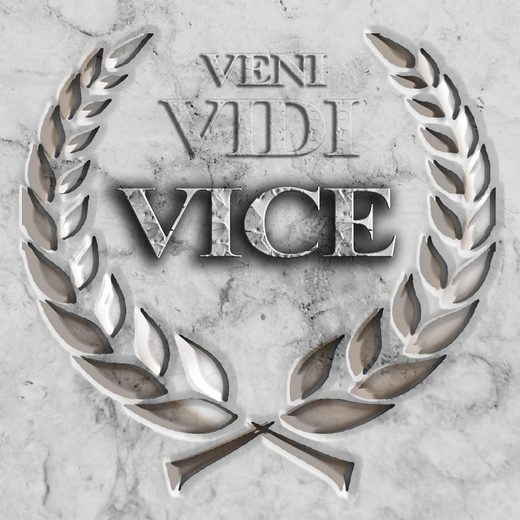 After almost 30 years, German melodic hard rockers VICE are back for more… their new album “Veni Vidi Vice” was produced, recorded and mixed by founder guitarist Chris Limburg in Munich, and will be released on November, 17th.
VICE was founded in Munich in the late ’80s and got signed by major label BMG Ariola back in 1988, releasing two albums that brought the band charts positions and several tours all over Europe. (check their first album, remastered, HERE)
With more than 100,000 sold copies, VICE had a huge presence on TV and radio in central Europe with their easy, feel-good melodic tunes.

Musically, VICE still retains the late ’80s flavor with a modern, punchy production, and song-wise, the songs are simple, instant party tunes with catchy choruses.
Just take a look at the first track title: ‘Hot Summer Night Party’… you got it right? Pumping bass lines, a sharp riff and the singer shouting a high pitched ‘All riiight!’… from the opening track you’ll know what VICE is all about.
And they are very good, effective at it.

Next, ‘Dirty Mind’ introduces the listener to a heavier side of the band with a crunching overdriven guitar taking the lead with staccato stabs and pinched harmonics. The drums complement the heavy mix with aggressive snare punches and the vocals have more of a growl to them than the album opener. There’s a call and response vibe to the lyrics that combined with a wash of reverb over the whole mix creates an anthemic feel towards the end of the track.

The album progresses along at a fair pace containing all the elements that would be expected of a late 80s hard rock band.
Layered acoustic guitars and cowbell are the order of the day for ‘Where Do I Belong’, well placed use of panning and phasing keeps the sonic interest in a track that could have the potential to lose the listeners attention.
‘Turn It Up’ has a clear Sunset Strip inspiration with its sleazy guitar riff, bass groove and synth stabs, then the excellent groove laden ‘Open Eyes’ has a slightly Bonfire feel in its cadence and vocal phrasing.

‘Only Love Can Heal the World’ offers exactly what you’d predict with this sort of title, massive stadium sounding mix with the lighter in the air lyrics telling of all nations coming together with peace and harmony winning the day. Cheesy but musically a very nice midtempo ballad.

A hyped up, distorted version of the Steve Miller Band cover ‘Joker’ provides an unexpected addition to the album. It offers a great twist to the sound that has been showcased thus far, cementing that this is a talented group of musicians who are willing to take a chance.
I think last track wasn’t necessary: a Jungle Mix ¿? of ‘Where Do I Belong’. Clearly the band is having a laugh and joke, complete with stripped down guitars, bongo drum percussion and wildlife noises. Yet the listener is left wondering about its inclusion on the track listing.

Overall, VICE have delivered an effective comeback album with “Veni Vidi Vice”. There’s definite talent within the band and much of the track list is good party rock music.
Perhaps there’s a sensation that these musicians are capable of more, but this is VICE’s spirit: instant, catchy melodic hard rockers to have a good time. And works pretty well.
Easily Recommended