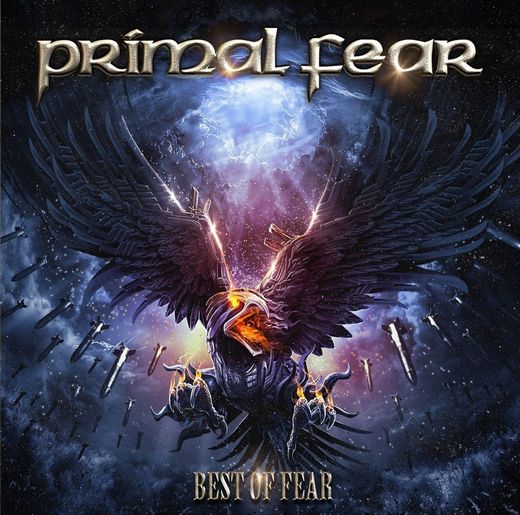 German melodic metal kings PRIMAL FEAR just released the double CD “Best Of Fear” via Frontiers Music. As it makes clear in the title, this double album culls together the best material from PRIMAL FEAR’s last 10 years of work plus 4 brand new songs recorded specifically for this release including a cover of HEART’s ’80s classic ‘If Looks Could Kill’.

PRIMAL FEAR have been signed to two labels in their career: Nuclear Blast Records from 1998 – 2006 and Frontiers Records since 2006, right up to the present day. Hence, ‘Best Of Fear’ contains a large amount of studio material from the Frontiers years from the album New Religion right up to their last effort Rulebreaker.
But Alex Beyrodt & Co, apart from 23 songs from the recent catalog – oriented to those listeners ‘new’ to the band – wanted to offer some fresh material as well; 3 new originals and a cover.

The new recordings are placed at beginning of CD 1.
Starting off with a pretty killer instrumental track ‘Area 16’ that sounds like the intro to an apocalyptic movie or video game, it leads into the explosive riff attack of ‘Predator’. Both this track and ‘Thrill Of Speed’ share the elements that you would expect from Primal Fear: pummeling riffs and that unmistakable vocals of Ralf Scheepers.
Strong stuff.

The new cover recording is the Heart classic ‘If Looks Could Kill’. It’s always interesting when a classic melodic hard rock track (better if it’s from the Eighties) gets a heavier treatment.
The band has done a successful job putting their spin on this great tune with more crunch in the guitars and a pounding low end.

After the new recordings, you get a solid summary of PRIMAL FEAR from the last 10 years, including a hefty amount of singles and deep cuts.
The first disc contains more of the band’s heavier and straightforward material like ‘King For A Day’, ‘Angels Of Mercy’, ‘The End Is Near’, ‘Sign Of Fear’, and ‘Strike’, whereas disc 2 packs more of the epic and melodic tunes like ‘Where Angels Die’, ‘We Walk Without Fear’ or ‘When Death Comes Knocking’, plus a remix of ‘Born with a Broken Heart (feat. Liv Kristine)’ and ‘Everytime It Rains (feat. Simone Smons)’. 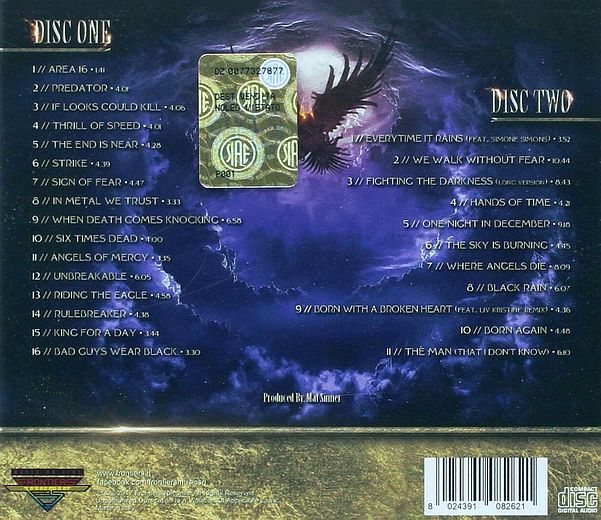 Best Of releases have the benefit of serving as quick introduction to a large portion of a band’s catalog to a new fan. And PRIMAL FEAR’s “Best Of Fear” meets all requirements.
On the other hand, if you’re a die-hard fan you need the 4 new tracks, all quality material.
This 2CD release may only contain music from PRIMAL FEAR’s last decade but much of that music is some of the band’s best.
Be aware there’s a fake version of this “Best Of Fear” floating the net with all tracks taken from the old albums and not this mastering, and as example not including ‘Born with a Broken Heart (feat. Liv Kristine – Remix)’.