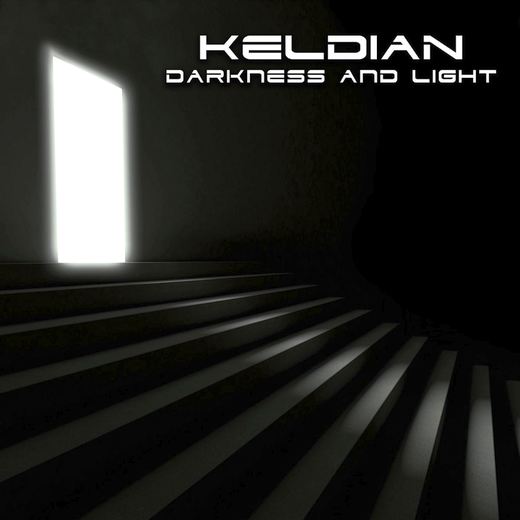 KELDIAN, the brainchild of talented Norwegian musicians Christer Andresen & Arild Aardalen is back with a new album titled “Darkness And Light” to be released November 17 by prestigious US label Perris Records.
The group’s previous album presented on this blog surprised us with its excellent song-craft, musicianship and production, becoming one of our pick for best independent record of the year.
Presented in exclusive at 0dayrox, “Darkness And Light” goes even further in overall quality, a prove that bands does not need a ‘big label support’ or a big budget to create some awesome, original rock music.

Keldian makes a truly unique kind of music. Their albums frequently dip into progressive, melodic rock, AOR and hard rock in varying measures to round out a sound that is utterly unmistakable.
You can check the first single / video below, an easy to the ears melodic hard rocker packed with racing guitars, subtle keyboards, the usual Christer Andresen pristine vocals in the classic Scandinavian fashion, and a fantastic chorus.

Previously, opener ‘Nightfall’ is another infectious tune that while heavier, is sweetened by sparkling keyboard stabs and an overall epic delivery.
In a similar vein there’s track three ‘The Haunting’, indeed a captivating song with a melodic hard rock foundation yet with a grandiose background akin Magnum, and why not, Ten. The main melody is embellished by great synths and the guitar solo kills.

But Keldian and “Darkness And Light” are much more than that.
With ‘Life And Death Under Strange New Suns’ arrives the ‘elaborated’ side of Keldian. A fantastic song with much more power and blazing riffs but with truly original keyboards / synths arrangements turning the song into something grandiose.
The verses are pure gold, and the chorus, without being cheesy, is infectious and memorable. In the middle there’s a superb piano break, martial choruses and a terrific crescendo which explodes into the instrumental orgasm of the first part. Wow, a monster song!

All that is augmented in next composition ‘I’m The Last Of Us’, almost 3 songs into 1 running over 12 minutes. Don’t fear, what you are about to listen to is superb.
There’s a first ethereal part with a progressive feel akin Asia, then an AOR middle section with awesome vocals which builds up to an epic uptempo section of rich instrumentation before returning to calm for the coda.
It’s the kind of compostions that despite its length, makes you want to push the play button again.

And quality doesn’t ends there; ‘Change The World’ proves Keldian is one of the most original bands out there. The song has a very modern approach with a Scandi poppy feel (augmented by female vocals in the background) including electronic beats and lots of synths, but a strong punch.
This songs reminds me of the new synthwave movement, yet with real instruments and sharp guitars all over.
Yeah, Keldian is not a one trick pony.

At this point we need a rocking song, and ‘Broadside!’ provides another slice of melodic hard rock in the Keldian mold with slightly progressive verses and a catchy chorus.
For the end, ‘Crown Of Starlight’ melts genres with a mix of melodic metal, hard rock groove and progressive with a dark sci-fi atmosphere. There’s a rapid tempo until the middle section where a soaring guitar solo appears, then at the end all explode into epicness.

In Keldian’s “Darkness And Light” you have it all, various styles of rock music all fused into one, truly original recipe. This is a unique act mixing melodic hard rock, metal, AOR, prog, but always melodic, catchy, entertaining.
There’s an incredible consistency in the songwriting, and very clever arrangements. Keldian takes around half a decade between albums, but this procedure pays its dividends.
And you can hear it in spades all over “Darkness And Light”.
Very, Highly Recommneded