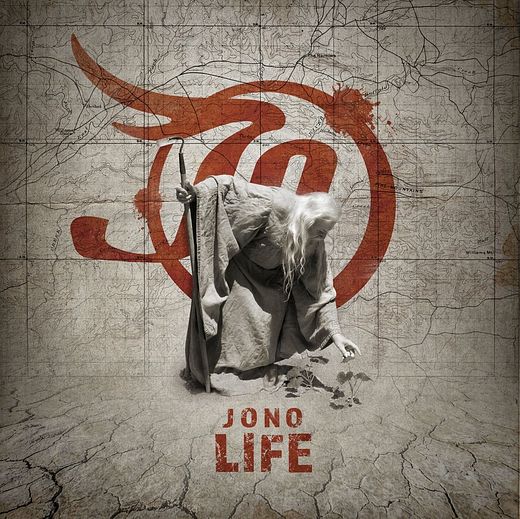 “Life” is the third album from these lovable Swedes, their first for Frontiers. It sees them in great form on what is arguably their best album to date.
Yes, if the previous resulted fantastic, this new piece of work is simply outstanding.
They mix progressive elements, Pomp and AOR in equal measures, but with a modern slant to proceedings. There’s the trademark QUEEN influences and numerous other acts in their DNA, and the results sound absolutely fabulous because of it.

Rich and multi-faceted, JONO’s style is truly unique, and despite the aforementioned influences, the band honed their own, incredible sound.
The ambitious recipe includes a strong sense of melody, a powerful sound mixed with progressive elements, sometimes Pomp-tastic, always dynamic and catchy at the same time.

Johan Norrby (JoNo) voice is formidable. Expressive, powerful, but above all versatile as possible ranging from super-charged high octaves to sensitive, fragile whispers.
In the same song, Norrby is capable to deliver strong lead verses or the chorus change of scenery and abrupt harmonic variations with ease.

His partners in the band are terrific too. Delicious keyboards are present all over the record, and the piano classic sound is crystal clear (‘No Return’), turning more modern with effects on tracks such as ‘Crowns’.
On the guitar, Stefan Helleblad and Leo Olsson cleverly play their part. The rhythmic foundation, from Hard Rock to Progressive bars, is impeccable. And the few solos, scattered here and there, are beautiful (‘To Be Near You’).

Of course there’s commercial and accessible songs such as ‘Sailors’, or the pompous midtempo ‘My Love’, but even there JONO make use of their arsenal of resources and these result incredibly juicy.
Without repeating itself, the album deliver titles which take the time to build (‘The Magician’), and offer their apogee at the right moment. All songs illustrate an exceptional intelligence in songwriting, and a rare talent in the creation of melodies. 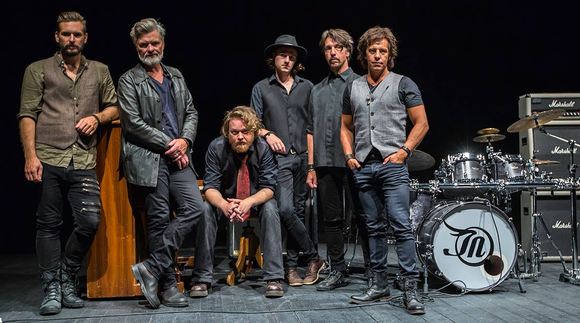 Then there’s a couple of longer, elaborated numbers full of surprises. ‘Downside’ is epic, with atmospheric passages where the vocals shine, before rising inexorably in power for a strong riffs and full-on rhythm section.
The first part of ‘Trust’ is pure melodic rock, then the band start to develop a wrapping melody which visits a melodious progressive interlude, exploding into a punchy hard rocker.

JONO is an exceptional band. At this point they have crafted a unique style; the expected ‘unexpected’.
Yes, the band’s core is melody, melodic rock in sonic set-up, however they always surprise you with a twist and not once, several times during the same song.
Creativity, excellence, mastery, all at the same time is present on JONO’s “Life”, one of the ‘album of the year’ for me.