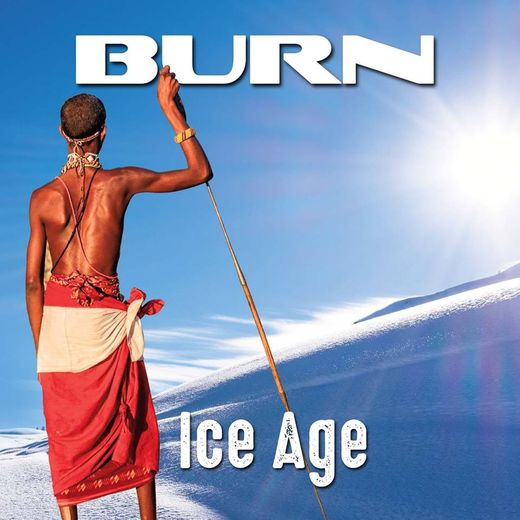 Celebrated UK rockers BURN are back with a new album titled “Ice Age“, mastered and ready for release soon. Away from the music scene for nearly 10 years since the critically and commercially well received third album Global Warning, finally another slab of classic British hard rock is on the way.

Some things have changed in the BURN camp during the last decade.
Singer Jeff Ogden, drummer Benji Reid, and guitarist Julian Nicholas (although he’s still featured on one track on the new album) are no longer part of the line-up, but for this 2017 effort all have been replaced with a couple of outstanding new members.

On lead vocals BURN welcome none other than Steve Newman of NEWMAN. Steve Newman has been releasing very consistent quality melodic rock albums, as well as working in other projects. However, Newman has been confirmed as permanent BURN member, the first band that he has committed himself to for many years. And he was truly involved in the creation of this album.

The other new guy in the band is the ridiculously talented Chris Green who brings his incendiary lead guitar skills to BURN. Chris Green is the current lead guitarist of TYKETTO and hard rock fans will remember him from FURYON, RRUBICON CROSS and cult UK melodic rockers PRIDE, along with various other projects.
His sense of melody and feel combined with tremendous technique have produced some awe-inspiring solos on this album, and the man is one of the selling points, believe me.

BURN’s history started in the heyday of melodic rock in the ’80s and from that foundation, through “Global Warning” and now “Ice Age”, the band has developed into a modern hard rock act.
With a multitude of influences and an open-minded view on songwriting, this is quite varied album, while still retaining the core elements of power and melody.

Produced by BURN founder member Barney Stackhouse (keyboards and songwriter), and mixed by the Grammy award winning Tobias Lindell (Europe, H.E.A.T.) “Ice Age” sounds fantastic.
With Lindell putting everything into place, there’s guarantee of a pristine output, with a modern, updated kick for this BURN 2017.

While the band’s two fist albums were melodic rock oriented, the third was pure hard rock.
Well, “Ice Age” and this BURN 2017 is a healthy mix of both.
There’s muscular numbers in ‘Irontown’ a song with a House Of Lords current feel (and a great chorus), ‘Twenty Twenty’ (like a ballsier TEN), the groovy ‘Sink Together’, and the darker ‘Punishment Of Lust’.

But you can’t deny Newman’s touch on many songs, and the Melodic Rock appear.
Just check rhythmically rich ‘Hate’, the classy verses of ‘Jelousy’, and the pretty awesome piano ballad ‘Wasteland’.
As said, this is a varied album, and BURN deliver a stupendous acoustically driven tune in ‘The Girl Who Wanted Everything, a song with some synth orchestrations as well and very good harmony vocals. This song bring to mind THUNDER.
Then ‘Live Again’ adds some elecronics as happens on recent NEWMAN solo records, but don’t be fooled, this is a meaty melodic hard rocker with a strong chorus.

For the end, title track ‘Ice Age’ is one of the highlights. The pumping bass lines and sharp rhythm guitars drive the verses greatly performed by Newman, and the chorus soar. In the middle, there’s some heavier parts, great keys, swirling licks, all crowned by a monster guitar solo, before the song ends in full force with a synth coda.

Despite its member changes, BURN has no lost an appice of their power and quality arrangements / songwriting. On the contrary, with the addition of Steve Newman & Chris Green the band gained melody and punch on equal parts, and you can hear that all over “Ice Age”.
This is true British Melodic Hard Rock inspired by the classic ’80s style with a modern, updated, and at places, tremendous production sound.
HIGHLY Recommended