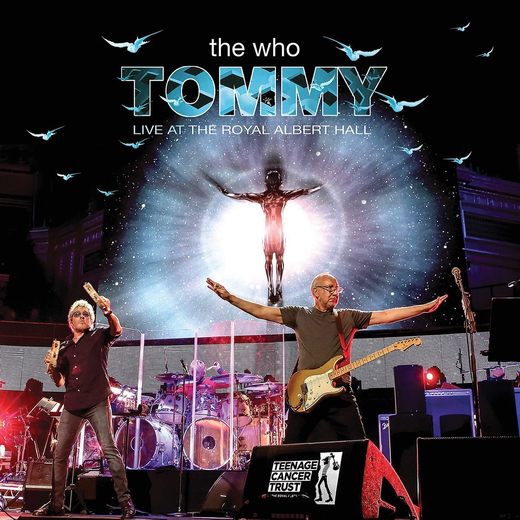 On 13 October 2017, Eagle Rock Entertainment release “TOMMY : Live At The Royal Albert Hall” by legends THE WHO on Blu-ray, 2-CD, 3-LP. This fantastic concert captures the first ever live performance by The Who of Tommy in its entirety and boasts over two hours and twenty minutes of content.
In addition, at the end of Tommy, we’re treated to a great set of The Who classics on an extra disc.

In April 2017 The Who took to the stage at London’s Royal Albert Hall to perform their rock opera “Tommy” live in its entirety for the first time in their long and illustrious career.
Previous Who live shows had always dropped two, three or four tracks from the landmark album but for this show the band would perform every track.

Many of the songs haven’t been played in 28 years, like ‘Eyesight to the Blind’, ‘Go to the Mirror!’, ‘There’s a Doctor’, but some never were played again since Tommy’s original tour, such as ‘Underture’.

This concert captures some of their greatest ever work, fully live in full for the first time ever, at an iconic venue. And the band’s encore including ‘Won’t Get Fooled Again’, ‘Baba O’Riley’ and more is a great addition.
The Who 2017 still sounds fantastic as band, dinosaurs but unique. “Tommy” is a piece of Rock history.
Strongly Recommended