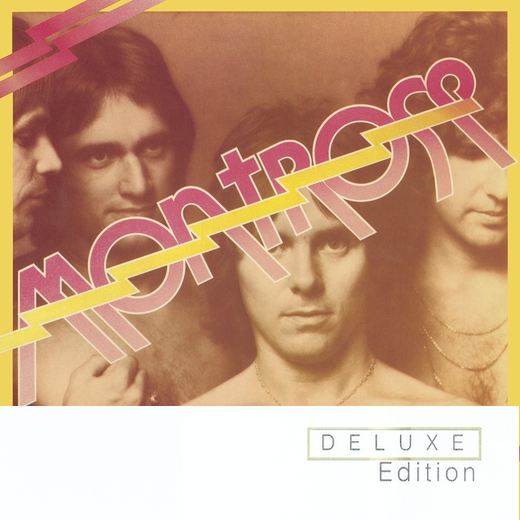 Montrose debut was (and still is) one of the most influential Hard Rock albums of all time, specially for American musicians. Ronnie Montrose was an in-demand session guitarist before that, but he was searching for a self-directed musical exploration when he met a young, inexperienced Sammy Hagar.
They recruited beast drummer Denny Carmassi (future Damn Yankees member) and within a month ‘Montrose the band’ signed to Warner Bros. Records, they got Ted Templeman (Van Halen) producing, Don Landee engineering and the first Montrose album was born a month after that.

The disc combines good-time, party rock with a metal edge and slick guitar work, a sound that bands like Van Halen and Aerosmith would later adopt and polish to perfection (Templeman / Landee were Van Halen’s initial tech team).
“Montrose” feature some of the band’s most enduring music, like “Rock Candy,” “Bad Motor Scooter” and “Space Station #5.”

All 17 tracks on the bonus disc are previously unreleased, including demos for “Rock Candy” and “Good Rockin’ Tonight,” as well as the unreleased song “Shoot Us Down.”
The remaining bonus tracks feature live performances that were recorded in April 1973 at the Record Plant in California and broadcast on radio station KSAN.
Along with hits like “Bad Motor Scooter” and “Rock The Nation,” the set list also included a cover of the classic “Roll Over Beethoven.”

This is a killer release from one of the essential Hard Rock albums that must be in your collection.
Listen to the previously unreleased track “Shoot Us Down” worth the admission alone, but also the never heard live performance.
This Rhino remaster is more ‘traditional’ than the recent Rock Candy, some kind of vintage remaster akin a LP vinyl sound.
ESSENTIAL