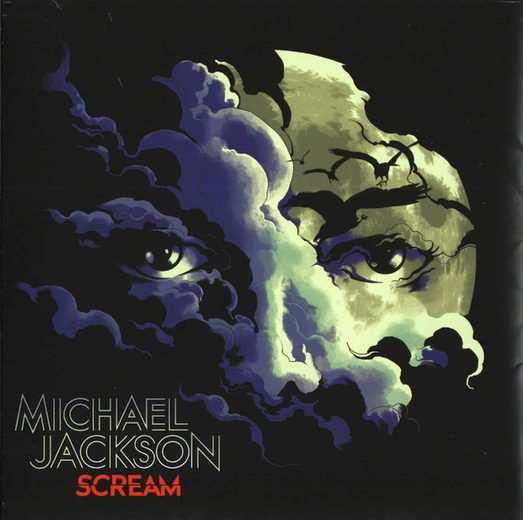 MICHAEL JACKSON. Yeah, why not. At this point, Jackson’s music belongs to the modern world-wide culture, and all of you have at least one of his songs in your iPod, even if you’re a rabid metalhead. “Scream” is the new Michael Jackson compilation featuring 13 of the late pop legend’s spookiest songs such as ‘Thriller’, ‘Ghosts’ and the titular ‘Scream’.
Fans can launch the first-ever augmented reality (AR) experience designed for a Michael Jackson album from an exclusive poster that comes with both the CD and the collectible glow-in-the-dark 2LP vinyl release, which is scheduled to drop Oct. 27.

Jackson will forever be associated with the classic b-movie horror aesthetic thanks to the Vincent Price cackles and werewolf howls of ‘Thriller’, and its legendary John Landis video wherein Jacko flits between zombie, vampire and werewolf scenes. And yes, much can be made of the psychological roots of his fascination with the stuff of childhood nightmares to justify a collection like “Scream”.

In this vein, ‘Threatened’ (from Invincible, 2001) is almost a ’Thriller’ sequel, with The Twilight Zone’s Rod Serling narrating a story in which Michael plays an It style embodiment of fear haunting a rival’s relationship.
There are some girlish screams and The Shining-esque images on The Jacksons’ ‘This Place Hotel’ from 1980. ‘Blood On The Dancefloor’ concerns a murderous disco minx and ‘Ghosts’ has a jealous spook haunting Jackson’s family where the demon appears from behind cupboard doors with a shrill, terrifying “eee-he!”

Otherwise, the horror theme is tenuous at best. Jacko’s haunted chorus on ‘Somebody’s Watching Me’ is fairly stalker-y, but that’s a Rockwell song.
Likewise, The Jacksons’ ‘Torture’ opens with some Hammer Horror gubbins about streets being “evil” and being watched by “eyes in the dark” but by the time Michaels shows up on verse two the song is definitely about getting dumped.

Additionally, “Scream” has other tracks with nothing related to ‘horror’, such as the excellent, metallic ‘Dirty Diana’ (featuring killer guitarist Jennifer Batten and a Slash solo) or ‘Xscape’ and ‘Leave Me Alone’, as example. 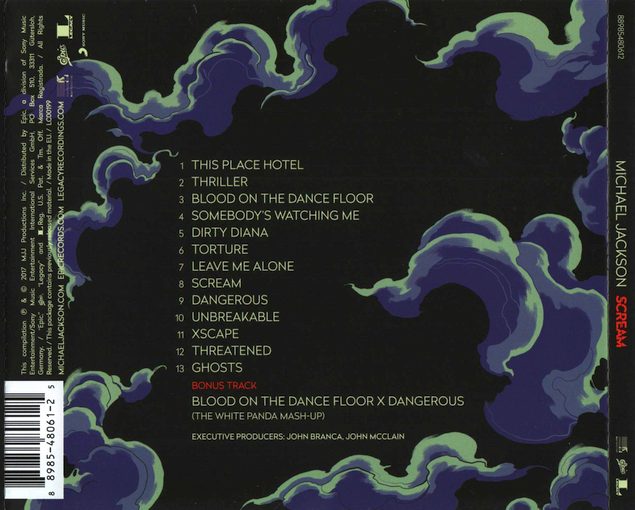 In the end, Michael Jackson’s “Scream” is in fact, a career spanning compilation from the talented King of Pop. And a very good one encompassing material from 1980 to 2014.
“Scream” includes a bonus track, ‘Blood on the Dance Floor X Dangerous’, by remixer The White Panda, which contains vocals and musical elements from ‘Blood on the Dance Floor’, ‘Dangerous’, ‘This Place Hotel’, ‘Is It Scary’ and ‘Leave Me Alone’.
Pop culture anyone?