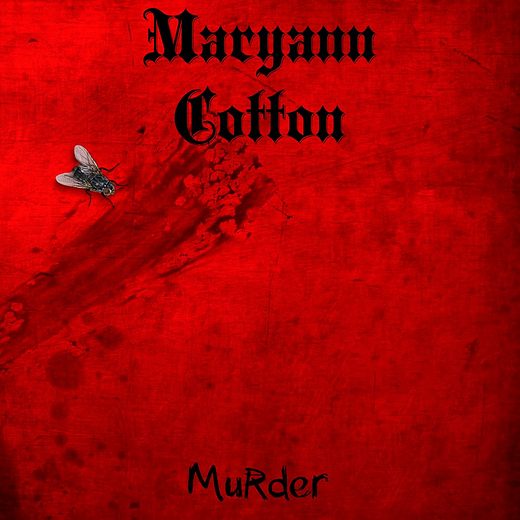 the Real one w/ bonus track

MARYANN COTTON are releasing today October 2nd, “Murder“, their third album recorded in USA, Denmark and Sweden. For the initiated, Maryann Cotton is the pseudonym of young Danish singer Jackie Patino, son of of Hal Patino, the fairly famous Scandinavian bassist who has been in King Diamond, Pretty Maids and other famous hard rock / metal bands.

Jackie wanted a classic rock character (like Alice Cooper) to develop his love for ’70s and ’80s shock hard rock, and took his name from a disturbed British woman who killed over 20 people in London back in the 1850. Mary Ann Cotton was found guilty of poisoning many people including various lovers and husbands. She was convicted and hung in 1873 at the age of 40. Creepy!

Let’s put this clear; Maryann Cotton / Jackie Patino does an unashamedly Alice Cooper impersonation, from the songwriting style and production sound to the look. His voice, as well, feels like an ’80s Alice.
But more than a solo project, Maryann Cotton is a true band, a rocking unit.
This is classic Hard Rock in a huge retro vibe flirting with the ’70s and ’80s but with a modern updated sound. Maryann / Jackie sings like a young Alice Cooper, both in the phrasing and timbre, while the music and arrangements are close to Alice as well, peppered with some Eighties US hair metal on some tracks.

The songs have an underlying current of malice related to shock rock but also play so well with melodious hard rock conventions like cowbells, lots of sound-effects, etc.
On ‘Cursed’, the go for very melodic verses but then the chorus is heavy, dark and frightening, with some KISS on it. ‘Bitch Bitching’ is breezy melodious with a glammy touch, then ‘Resurrection’ is really theatrical in a true Alice Cooper fashion.

Got the aforementioned ’80s hair metal touch check the catchy ‘Live It Up’, the short ‘I’m the Devil’ is fun with its vintage keyboards all over.
‘Impales Your Empire’ is epic with vintage church organs, ‘Cold Crazy Baby’ is a creepy shock rocker with a dense atmosphere, while ‘Soldier Boy’ the closer to a balald with pianos in a midtempo pace.

As bonus track you have ‘Gallows Pole’, especially written by Maryann Cotton for the 2017 movie ‘Hangman’ soundtrack, a melodic hard rocker in pure ’87 Alice Cooper style with a catchy chorus.
A shame it isn’t included into the regular release as its a very good song.

By far the best Maryann Cotton product to date – as songwriting and production are really strong – “Murder” is a solid piece framed into the almost disappeared shock-rock, with a 2017 updated sound but containing all the roots from the famous ’70s and ’80s bands in this genre.
Really, really well done, and very recommended.