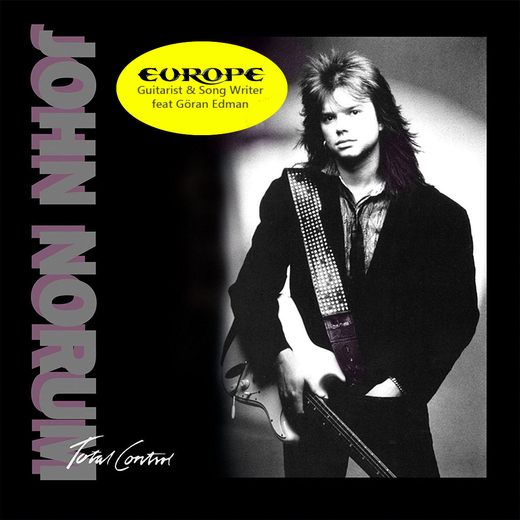 Capitalizing the release of Europe’s new album, Dutch label Music On CD in association with Sony Music, has reissued the first two JOHN NORUM solo albums, long time of of print, a least in the US. While not remastered, the sound quality has been clearly beef-up thanks to modern mastering transfer technology. “Total Control” is Norum’s first album after leaving Europe in the ’80s, and what killer record it is.

John Norum left Europe back in 1986 because he was unhappy over the more commercial bent of the group’s music. Given that he has been part of the lineup for years with the band’s turn towards a more classic rock sound these days, you can kind of see where he was coming from given the material that was included on this particular album.

While the album’s production is clearly of the ’80s – quite bombastic and with a big reverb – the material does veer greatly into the heavier guitar driven sound. The keyboards do have a presence on the album, but they don’t overwhelm the clearly more aggressive rocking vibe.
With Norum singing lead on eight of the eleven tracks as well as playing guitar, the guitarist was clearly in as much “total control” as possible for the time.

Swedish vocalist Goran Edman – quite unknown at the time of this recording, and who would go on to front Yngwie Malmsteen’s band for two albums (amongst many other projects), sings lead on the three tracks, providing variation to the record. And of course, he shines.

The album does a nice job of keeping the blood flowing with great guitar work on tracks like “Eternal Flame”, “Law of Life”, “Love is Meant to Last Forever”and “Someone Else Here”.
I always loved the cover of the Vinnie Vincent Invasion ‘Back on the Streets’, a done in a terrific midtempo way much in the vein of Whitesnake at he same era. Edman kills here.

There’s a strong power ballad in “Too Many Hearts,” and an impressive guitar instrumental “In Chase of the Wind.” The little hit from this album, especially un Scandinavia, was “Let Me Love You”, the AORish opener and another highlight.
The cover of Thin Lizzy’s “Wild One” closes the album in a sweet version. This is the European bonus track, not appeared in the US release of the album. 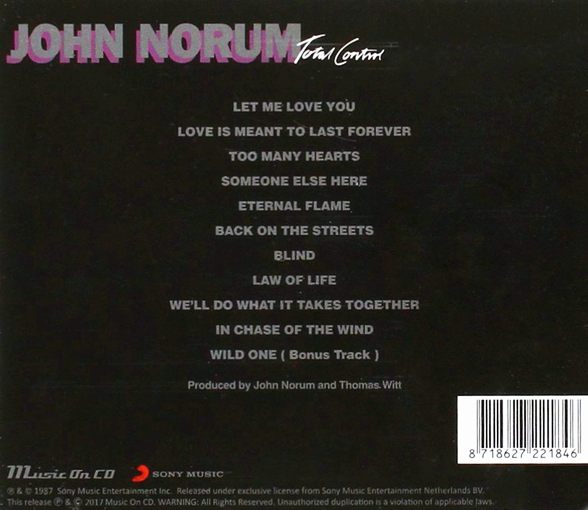