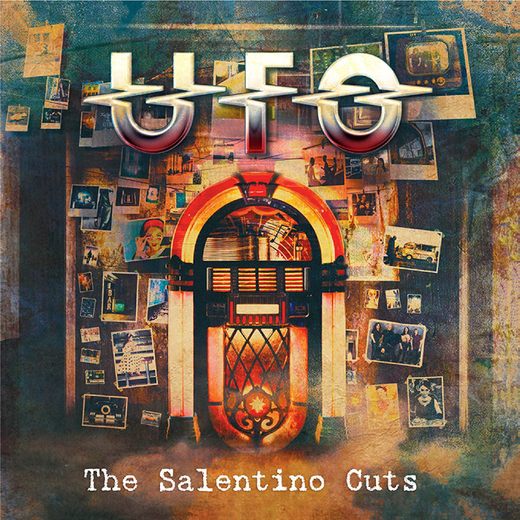 British hard rock legends UFO will release their first-ever covers album, “The Salentino Cuts“, tomorrow September 29. On this record, the band pay homage to a dozen of their personal favorites.
But “The Salentino Cuts” includes several unexpected choices such as Mad Seasons’ “River Of Deceit”, John Mellencamp’s “Paper In Fire” and Bill Withers’s “Ain’t No Sunshine” alongside more traditional but nonetheless thrilling versions such as Yarbirds’ “Heartful Of Soul”, ZZ Top’s “Just Got Paid” and lots more.

Alongside mainstay and vocalist Phil Mogg, are long time drummer Andy Parker and keyboard player/guitarist Paul Raymond, guitarist Vinnie Moore (who joined in 2003) and bassist Rob De Luca (since 2012). This album also gives a good nod to some of the band’s roots.
“The Salentino Cuts” opens up with the Yardbirds’ ‘Heartful Of Soul’; Mogg’s vocals are still slick, solid, powerful, more than making up any (minor) loss of range. This song sounds just wonderful by UFO.

‘Break On Through (To The Other Side)’ is a solid cover, the rich keyboards are appropriately turned up in the mix here, adding to the authenticity. Mogg has the necessary swagger, and turned the song very UFO-ish.
The Mad Seasons’ ‘River Of Deceit’ is a slower number and a nice change of pace, although it really isn’t in keeping with the UFO vibe.

A move in the West Coast and Blues directions sees UFO tackle Steppenwolf’s ‘The Pusher’. Again not in keeping with what you associate with UFO but it is a better choice, and an excellent (and true) version of a great song.
John Mellencamp’s ‘Paper In Fire’ is real UFO and it rocks. Some cool guitar touches rather than shred reliance make for a solid listen. ‘Rock Candy’, a track most will (or should) know, is a chunkier number given some great edges here. This one would fit in the live set smoothly.

Another song right up the UFO street is Mountain’s ‘Mississippi Queen’, an earthy and honest rocker with blues tinges.
A much covered song, Bill Withers’ ‘Ain’t No Sunshine’, suits UFO’s bluesier side well, and it’s smooth, but I’m not sure about Mogg’s vocals here; not that the range is an issue (it isn’t), he’s trying to something with his voice to suit the song that doesn’t come over so well. 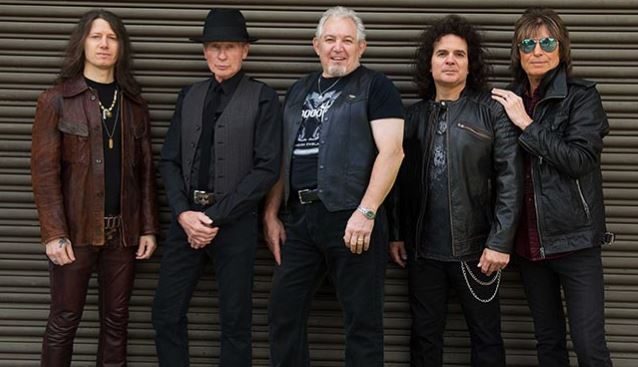 ‘Honey-Bee’ is a good solid deep number that has a dark edge, Mogg and crew do a fine job here.
‘Too Rolling Stoned’ – now we’re talking! A classic Robin Trower track that totally rocks and UFO do total justice too. The funky edge to Moore’s guitar fits perfectly.
Likewise with the blues of ZZ Top’s ‘Just Got Paid’. Love it beginning to end. The album closes with ‘It’s My Life’, which sees the whole band shine.

On “The Salentino Cuts” some tracks work so much better than others, yes, there are some strange choices but you’ll get that with any such album. It does sound like they had fun doing it.
Part of me hopes this is just a stop-gap until the next studio record, as new UFO albums do tend to be rather good, but “The Salentino Cuts” is a damn fine listen that will be enjoyed.
Strongly Recommended