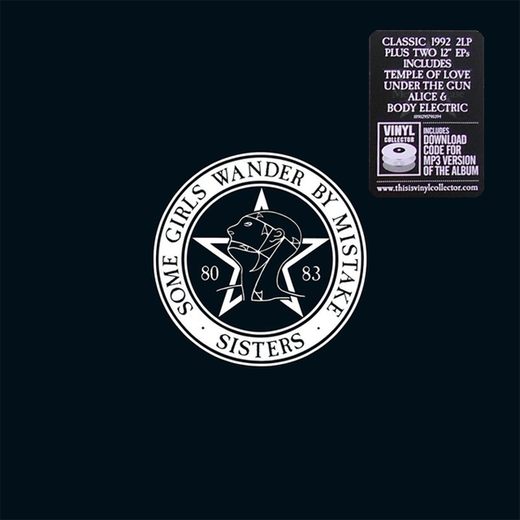 I don’t know you, but I always had a soft spot for the early ’80s British Goth Rock musical movement – as example the very first The Cult were part of it – and THE SISTERS OF MERCY are another act creating some interesting stuff. The band had their commercial breakthrough in mid-1980s, but they achieved a strong underground fame before.
And that era is reflected on “Some Girls Wander By Mistake“, a new vinyl boxed set remastered 2017 that focuses on the band’s early years.

Arranged in non-chronological order, the LP box-set begins with all four songs from The Sisters Of Mercy’s first EP Alice, which was originally released in 1983. The music – produced by Psychedelic Furs’ guitarist John Ashton – includes the EP’s title track, a cover of the Stooges “1969” done in a very own way, and more. 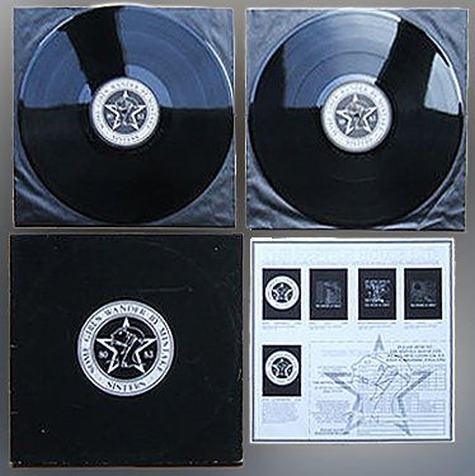 It also includes three songs the group originally issued in 1980: “The Damage Done,” “Watch” and “Home Of The Hit-Men.” Also there’s the band’s 1982 follow-up single: “Body Electric” and “Adrenochrome.”

This 2017 remastered reissue of “Some Girls Wander By Mistake” add as bonus music from two 12″ rare maxi-singles. The first is a re-recorded version of “Temple of Love” from 1992 that features renowned vocalist Ofra Haza providing harmonies, which remains the Sisters’ biggest international hit, peaking at #3 on the UK charts. The B-side is “Vision Thing” in its Canadian Club Remix.
The second 12” is “Under The Gun,” which includes an updated version of “Alice” (1993 version).

The Sisters Of Mercy’s sound is quite original, with singer-songwriter Andrew Eldritch melancholic baritone, Craig Adams’s pulsating bass, Gary Marx flowing guitars and the drum machine christened ‘Doktor Avalanche’ beat, leading the band to early underground success.
Not the typical band / style featured on this blog, but one worth to investigate for sure.
Requested by one of you. Enjoy.