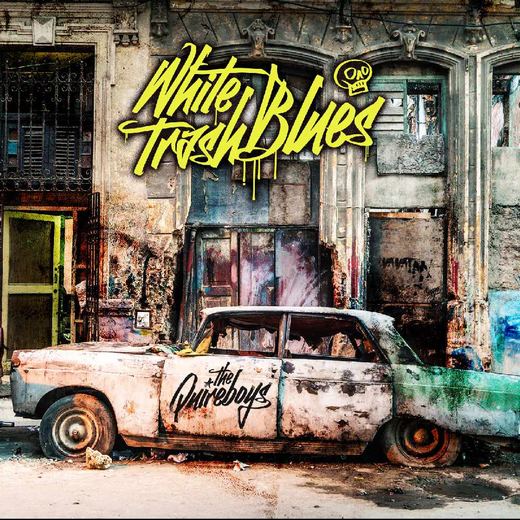 To be released on Friday 5th September via Off Yer Rocka Recordings, THE QUIREBOYS new album “White Trash Blues” boasts unique cover versions of blues-rock classics from legendary artists.
According to the band, the album came together very organically as these are songs everyone has played at different times over the years and they feel like they’re part of The Quireboys history.

“White Trash Blues” gives a new spin on 12 blues tracks, some of which would be known to everyone with even a passing interest in the genre and some which only the true aficionados would be aware of.
The Quireboys are most definitely in the latter camp. Which is why it makes almost perfect sense to name it after one of their own songs. As far back as 1990 the band were mixing bluesy elements into their sound in a way that the then teenage MTV simply wasn’t aware of before.

Therefore in many ways, “White Trash Blues” sees them move full circle, and within a few seconds of “Cross Eyed Cat” made famous by Johnny Winter and Muddy Waters, it is clear that this is anything but another covers record. The laid back, harmonica driven groove and Spike’s distinctive voice all meld together with Keith Weir’s brilliant piano playing to make something really special.
It takes balls too to go for “Boom Boom” and think you can offer something that John Lee Hooker cannot, nonetheless it becomes something beyond hedonistic here.

“I Wish You Would” struts its stuff in a particularly funky way, while “Take Out Some Insurance” leaves the Jimmy Reed original behind and it feels sweetly loose limbed.
The band have undergone something of a wonderful renaissance – last year’s Twisted Love was astrong effort, and the upward trajectory is found here too.
“I’m Going Down” screeches with plenty of intent, “Help Me” comes in like Canned Heat’s On The Road Again and moves somewhere darker than most of the cuts here, but really there is nothing that isn’t top quality.

“Shame Shame Shame” sounds as much like The Faces as The Quireboys always did, and “I’m Your Hoochie Coochie Man” is at the most lust-filled end of the million covers of perhaps the most primal blues tune of them all.
Towards the end of the album there’s a take on Taj Mahal’s “Leaving Trunk” which sounds like the best song The Quireboys never wrote, “Walking The Dog” is given a reboot as a Credence Clearwater Revival tune, and homage is paid to Chuck Berry with the downright filthy lick of “Little Queenie”.

All of which reinforces the point here that these are not carbon copies, but nor do they achingly try to be ‘modern’. Rather they are loving versions of brilliant songs by a band who has captured completely the fun of what they were trying to do.
“White Trash Blues” then, the rare exception that proves the rule.
Strongly Recommended