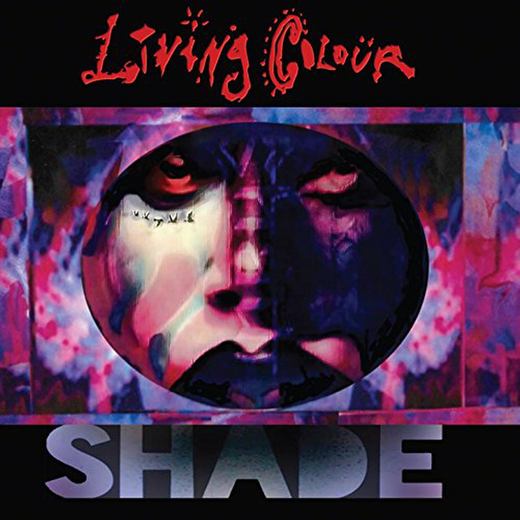 It has been eight years since New York’s LIVING COLOUR last released an album, and the half since was originally announced the group’s sixth record, “Shade“. After four years of delays, “Shade” is finally here and it doesn’t disappoint, delivering a fluid, organic blend of blues, funk, hard rock and metal, much as the band has since they first rose to prominence in the late ’80s.
In fact, Shade’s only departure from Living Colour’s earlier works is in the clarity of the production – courtesy of Andre Betts – which allows each musical element to shine strongly and impress itself upon the listener.

The blues inspired hard-rock of ‘Freedom of Expression (F.O.X)’ opens the album with a strong swagger, carried along by Vernon Reid’s guitar and Doug Wimbish’s bass, but cemented in its effect by the soulful vocals of Corey Glover and the syncopated drums of Will Calhoun.

While the group’s sound is firmly grounded in hard rock and metal, disparate musical elements are deftly folded into the mix throughout Shade’s thirteen tracks.
‘Come On’ intro of heavily effect guitar borders on electronica in its execution, while the song’s body smoothly shifts between funk and hard-rock, and the ascending bassline at the bridge is sublimely satisfying.

A politically charged rap, referencing black lives matter marches and the inward-looking nature of modern media consumption, seamlessly fits in among the heavy guitar grooves of ‘Program’. From emotive growls to high-pitched squeals, Glover’s vocal performance is one that deserves emulation, and the track’s only shortcoming is resorting to a fade-out to conclude.

Marvin Gaye’s ‘Inner City Blues’ is also reworked by the group, as is Robert Johnson’s ‘Preachin’ Blues’, both bearing the indelible mark of Living Colour while retaining flavours and textures of the originals.
George Clinton of Parliament-Funkadelic fame appears on ‘Two Sides’ which closes the album on a mellower, free-jam vibe that effectively emphasizes the quality of Living Colour’s performances on the preceding twelve tracks.

Living Colour is a legendary band at this point, and it is a big loss for anyone who sleeps on or underestimates their latest release “Shade”. Musical proficiency has always been a hallmark of the popular group, but the songwriting is even stronger than the tricky and stylish guitar licks and bass runs.
It took them the better part of three decades to finally break down their sound to the raw materials that made them such a fascinating band in 1988.
But they finally did it in 2017 with “Shade”, a diverse, moving, punchy album plenty of essence.
One of the exemplary releases of 2017. Don’t miss this Rock missile.