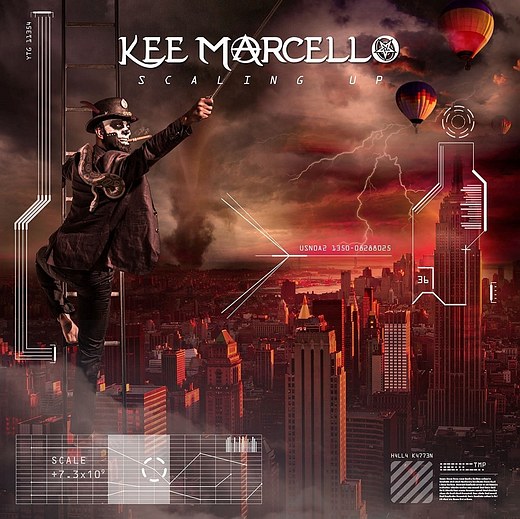 “Scaling Up” blends elements of Marcello’s past works – even some Europe waves – mixed with lots of smooth upbeat choruses and swaggering guitar riffs but all with a more modern feel to it.
For the release, on which he sings, plays keyboards and of course all kind of guitars, Kee is joined by bassist Ken Sandin, drummer Darby Todd, and special guests guitar virtuoso Mattias Eklundh (Freak Kitchen) and Michele Luppi (Secret Sphere).

Of course, the album is very guitar-driven but nothing aggressive or too heavy, but always melodic and riff-catchy. Kee’s scales have a lot of swagger and a bluesy feel reminiscent of a lot of popular Hard Rock bands from the late ’80s / early ’90s.
There’s two songs very, very Europe-like, simply because were written when Marcello was part of the band many years ago. After listening to the album you’ll discover which are, I won’t spoil you… 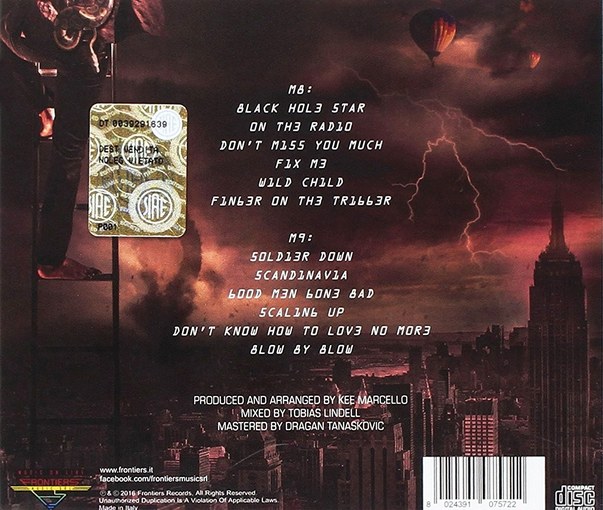 What impressed me most about this release is how musically diverse it manages to be. There are pure melodic rock cuts, hard rock, blues, tracks that borderline on ballads, and everything in between.
Marcello juggles his guitar and vocal duties beautifully, and there is nary a dull moment to be experienced in the midst of “Scaling Up”.

With this new killer record, Kee Marcello returns in full force to the Melodic Hard Rock scene. The sheer volume of rocking sounds explored on here, from the rocky and faster tracks to the slower, more melodic ones, there is a lot to love.
A Highly Recommended release.