JOHN STEEL with DOOGIE WHITE – Everything Or Nothing (2017) 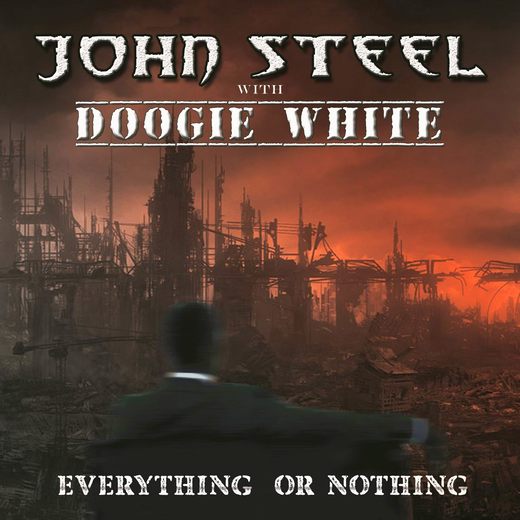 Doogie White, the former lead vocalist for the British hard rock band Rainbow, Malmsteen and many more has recorded an album with a Bulgarian band called John Steel. Titled “Everything Or Nothing“, the CD is the debut from the new association JOHN STEEL with DOOGIE WHITE, destined to be a stable line-up to present the recording with shows all over Europe.

Yes, John Steel is not a person, but a band formed in 2007 by Ivan Stalev (guitar) and Jivodar Dimitrov (drums). The group recorded some singles and played various shows, but then in 2009 Stalev decided to go to live in UK for 1 year to take lessons and contact local musicians to expand John Steel horizons.
He met Blaze Bayley (ex- Iron Maiden) who agreed to record the vocals for the first John Steel album, appeared in 2014.

So, as you see, John Steel are not new in hiring experienced British vocalists, and for “Everything Or Nothing” Doogie White was the chosen one. Doogie is the perfect fit for John Steel’s music, as you suspect, influenced by classic hard rock from the ’80s.
Songs like ‘Creator’, ‘Forever and Always’ and especially ‘Behold the Night’ (a highlight) come straight from the Blackmore / Rainbow book (Dio era).

However, John Steel has another facet: NWOBHM. Just check the double, twin guitar attack of ‘From Dusk Till Dawn’ or ‘Behind Closed Doors’, the latter with a strong Iron Maiden sound circa Powerslave. Then ‘Wings of a Storm’ has a fine Black Sabbath feel.
They deliver as well a really good, old-fashioned metal ballad in ‘Spirit Lies’, with ‘that’ clean electric guitars and embellished with classic keyboards. 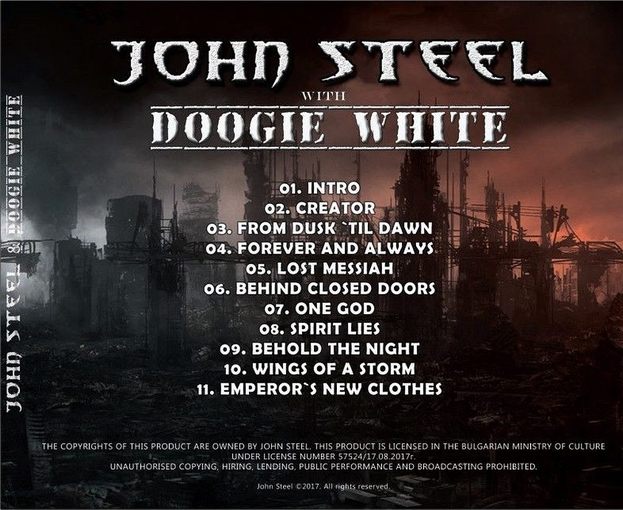 “Everything Or Nothing” is a pretty well recorded & produced record – there’s a good bass / drum presence, clear in the mix – and Doogie delivers a solid, professional work.
Perhaps some songs turn a bit repetitive, but if you like this kind of early ’80s stuff, John Steel with Doogie White will entertain you.