Ruud Jolie is of course known as the guitar player of the notorious Dutch metal band Within Temptation. But Jolie also has a side project under the name of FOR ALL WE KNOW. The band released their debut album six years ago and the reviews were positive, and now 2017 they’re back with “Take Me Home“.

Let’s get one thing straight: “Take Me Home” sounds nothing like Within Temptation.
It is, however, a cohesive collection of 12 uplifting and melodic prog rock tunes with a very commercial approach.
Despite a hectic touring schedule, Ruud Jolie not only found the time to record a follow-up to his side project’s 2011 self-titled debut, but he even roped in members of Pain Of Salvation and Ayreon collaborators to help.

Gone are the symphonic flourishes from the debut and in their place are sun-baked vocal harmonies and irregular time signatures, all set against a feel-good atmosphere.
There’s a swirly chorus on ‘The Big Wheel’ – one of my favorites with strong guitars and ultra-melodious verses – ‘Prophets In Disguise’ proffers a glimpse of For All We Know’s heavier side, and Anneke van Giersbergen (The Gathering, Ayreon) lends her distinctive tones fot a duet to the radio-friendly ‘We Are The Light’.

Other standout tracks are the punchy ‘Colours’ which shows off the project’s diversity within a four-minute window, and the sparkling proggy moments of ‘Take Me Home’ mixed with a sweet poppy melody.
I also like light tracks like ‘They’ll Win’ with almost no guitars, ‘Fade Away’, a straight forward midtempo rock song, and ‘Some Will’ which is the softest track of the entire album. 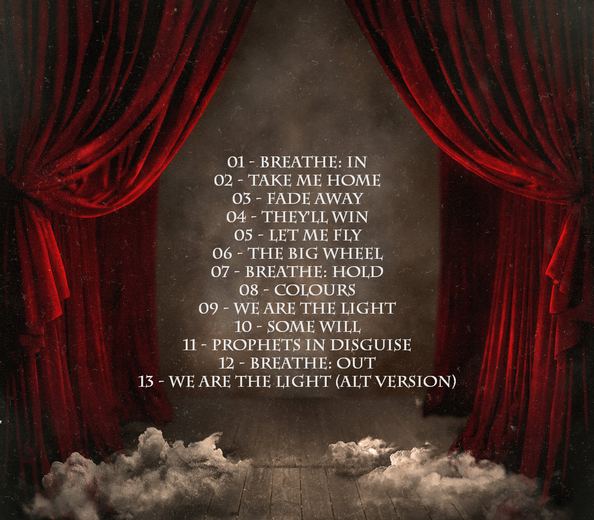 “Take Me Home” is a good second effort from For All We Know, aptly recommended for all listeners looking for light progressive, melodic but elaborated music.
It reminds me of Ayreon but much more melodious, poppy and unpretentious.
It’s Melodic Progressive, and it’s good.