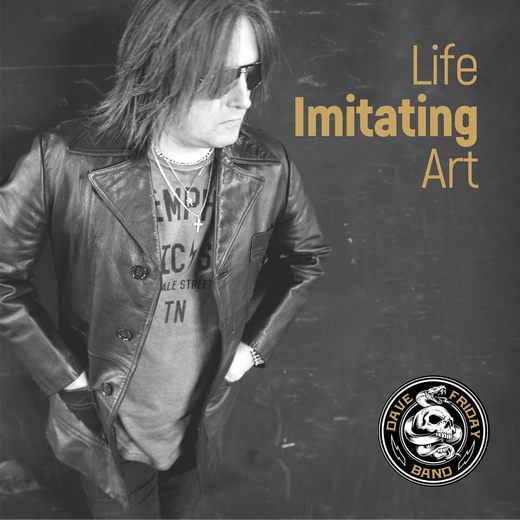 The current American Rock scene isn’t completely lost: the DAVE FRIDAY BAND with their debut CD “Life Imitating Art” are here to confirm that classic melodic / hard rock is not dead in the US.

Fronted by songwriter / vocalist / guitarist Dave Friday, the band delivers here eleven meaty melodious rockers crafted in wood ‘n steel, no gimmicks and plenty of authenticity. This is classy hard rock with a nod to the ’80s yet with an updated sound and top notch production.
You know, “Life Imitating Art” is a self-release via Dave Friday’s own label Friday Music, but let me tell you the production quality has nothing to envy to the major recording labels specialized in this musical genre.

Dave Friday Band has a style bringing to mind early Tesla, Mr. Big, some Night Ranger, Y&T (they are currently touring with them) and Johnny Lima.
The latter comparison is no gratuitous, as Johnny Lima co-produce, co-writes some songs and also play additional guitar, bass and keyboards on the album.

Since the killer opener ‘Who’s Happy Now’ (co-written by Lima) you’ll be surprised by the Dave Friday Band. Pumping bass lines, punchy drumming, sharp melodious groovy guitars and multi-harmony choruses. Dave Friday owns a strong set of vocal pipes in the vein of a young Bon Jovi and, yes, you guess it, Johnny Lima.
A Killer song that soulda be played at all Rock radio stations all over the world. 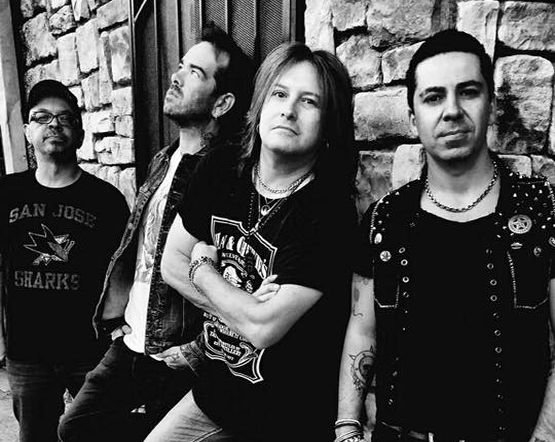 Then ‘Here I Stand’ goes for a midtempo melodic hard rock style adding acoustics to the bluesy electric riffs, and Friday’s vocals turn more raspy and sensual. There’s some of Skid Row’s 18 & Life on it, but Dave Friday Band are more ‘organic’ in its delivery. Awesome tune.
An then arrives ‘Love Is Overrated’, just another fantastic melodious rocker with a Nelson vibe and multi-part harmony vocals akin Night Ranger.

Holy cow, only 3 songs and I am already sold. Dave Friday Band sounds fantastic, believe me, and they write terrific songs. But there’s more quality stuff… in fact, I can’t find a weak track on the CD.
‘Hang It Up” is another of the Dave Friday / Johnny Lima co-write and rocks with groove and attitude, ‘Get It On’ is driven by a kick-ass broken riff, while ‘Shut Your Mouth’ adds a bluesy hard rocking background in the best Great White / Tesla fashion.

The ballad arrives in a midtempo form with ‘Don’t Say It Like You Mean It’, some kind of a mix between Bon Jovi New Jersey era, Johnny Lima first album, and Mr. Big. The chorus kills, multi-layered and pure ’80s. 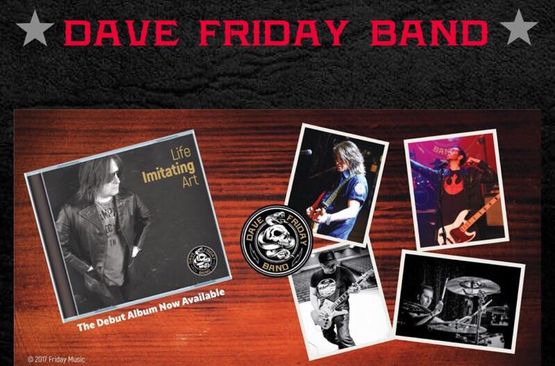 2017 US Rock is not only mainstram, washed up for radio stuff. There’s acts such as the Dave Friday Band keeping the flame alive. “Life Imitating Art” not only captures the classic ’80s magic and styling, but also the spirit.
The good thing from Friday and the guys is that they also add a very distinctive touch to this type of music. Sure, this is classic melodic hard rock and you have a ‘mold’ to respect, and despite the aforementioned influences, Dave Friday Band has that required ‘something’ which makes you unique.