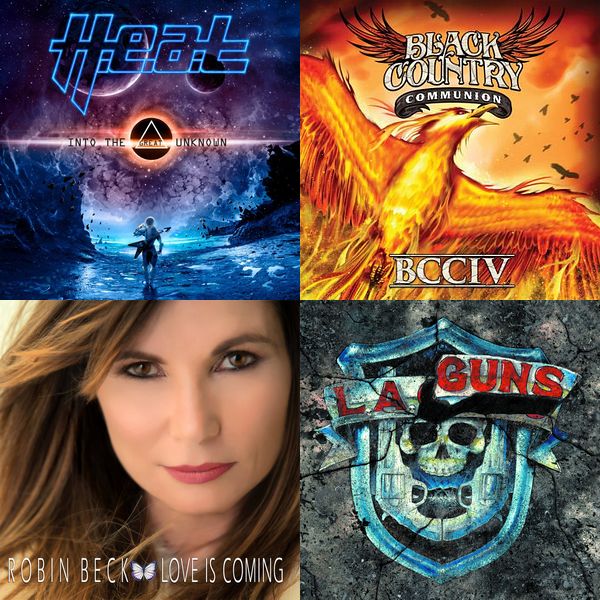 As the revival of the classic ‘80s hard rock and heavy metal scene continues unabated here in the 21st century, one reunion has been at the top of the wishlist of many a fan for a long time: the songwriting combination of Tracii Guns and Philip Lewis under the L.A. GUNS banner.
The new album is arriving next October on Frontiers as well, being ‘Sticky Fingers’ the second, rocking nasty single.

A well known act in Great Britain, DIRTY THRILLS will release their first CD with Frontiers soon. This unique outfit are bringing back old school rock ‘n’ roll, while all the while applying their oh-so-appealing filthy edge to it. We have another advance in ‘I’ll Be With You’.

There’s more from the September debut of SCHERER / BATTEN, formed by great vocalist Marc Scherer (Scherer / Peterik) and star ’80s female guitarist Jennifer Batten (Jeff Beck, Michael Jackson). Produced by Jim Peterik (Survivor, Pride Of Lions) and featuring guests such as Bill Champlin, Bryan Cole, all Mecca members and more, this will be an AOR blast for sure. Check out another fantastic track, ‘Cuts Deep’.

If there was a cult AOR band in the ’80s, Canadians BOULEVARD were one of them for sure. The group are back with new material on a disc baptized Boulevard IV : Luminescence, out Sept. 22. We have previously presented an advance, taste a new one titled ‘I Can’t Tell You Why.

Perhaps the last album from SERIOUS BLACK resulted too heavy for some, but you better listen to the first single from the upcoming new album: the song called ‘Serious Black Magic’ it’s the catchiest the band has ever written, and one of the best Melodic / Hard single I heard this month!

Swedish melodic rockers favorites H.E.A.T have released ‘Time On Our Side’, the first track from the band’s upcoming fifth studio album Into The Great Unknown. It also marks the return of guitarist Dave Dalone, who played on the band’s first three albums. Melodic Rock fans rejoice.

Another great band returning with a fresh album after 4 years are BLACK COUNTRY COMMUNION. ‘Collide’ is the killer first advance from the super-group including Glenn Hughes, drummer Jason Bonham, Derek Sherinian and blues-rock guitarist Joe Bonamassa.

‘Solid Gold’ is the latest single from THE DARKNESS‘ forthcoming album Pinewood Smile due out on October 6. The song finds the band on electrifying form, with lyrics taking direct aim at the music industry and addressing record companies, egos and the insincerity that comes with it.

And for the last we have another surprisingly ‘melodic & catchy’ advance from NOCTURNAL RITES upcoming album, and the fun ‘Life Ain’t Easy (for a Boy with Long Hair)’ from THE NEW ROSES (great band) next album, and ‘Signs Of The Time’.