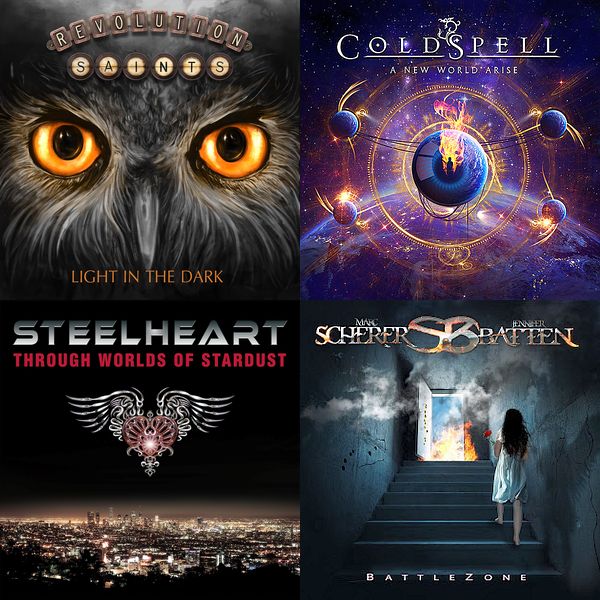 Also for October, the label has announced the release of the self-titled debut of one of their latest UK signings: BIGFOOT. This is traditional killer hard rock combo with a punchy sound as heard in the new track ‘Tell Me A Lie’.

After many years, STEELHEART are back with a new album via Frontiers Music. Always fronted by talented Miljenko Matijevic, the band keeps faithful to their original sound, however the second single ‘You Got Me Twisted’ is pretty melodic hard rock oriented with an ’80s feel.

The Italian label has also released the 3rd single titled ‘Crush’ from one of their newest acts: WAYWARD SONS. This new band is made up of Toby Jepson (vocals, guitar), Sam Wood (guitar), Nic Wastell (bass), Dave Kemp (keys) and Phil Martini (drums). They have an impressive resume of groups they have previously worked with: Little Angels, Gun, Spear Of Destiny, Treason Kings and Chrome Molly to name a few.

Next September is coming the debut of a terrific association; SCHERER / BATTEN, formed by great vocalist Marc Scherer (Scherer / Peterik) and star ’80s female guitarist Jennifer Batten (Jeff Beck, Michael Jackson).
Produced by Jim Peterik (Survivor, Pride Of Lions) and featuring guests such as Bill Champlin, Bryan Cole, all Mecca members and more, this will be an AOR blast for sure. Check the intense title track ‘BattleZone’.

We have another great advance from STREAMLINE, the new Swedish band formed by ex members of the now defunct superb melodic rock act Diamond Dawn. ‘Blind’ is a melodious, pumping rocker.
Also there’s the second cut from WAYLAND next album, the band managed by Jackyl’s frontman Jesse James Dupree (his son play drums in the band), a modern hard rock band but inspired by the classics.

COLDSPELL is finally back! For the fourth time the band from the land of ice and snow up in the north of Sweden is going to bring the world 12 songs that will melt a rocking heart. Titled ‘Call of the Wild’, this is the first advance, showing why the group is one of the most elaborated Melodic Hard Rock acts on the current scene. Love it.

GUN‘s seventh studio album Favourite Pleasures (out on September 15) promise to stand proudly alongside the very best of their work. The band just released the second single, ‘She Knows’.

Another long awaited return is LIVING COLOUR with the original line up. You’ve still got a month to go before you can hear their new album, but we are featuring here in exclusive the second advance ‘Program’. A blast of a song, a blast of a band.