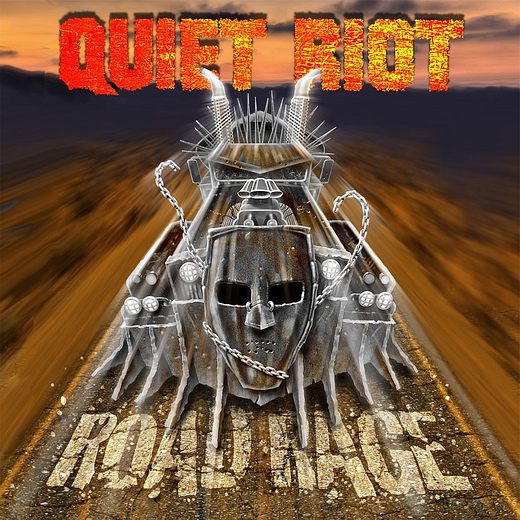 Finally, QUIET RIOT are back with “Road Rage“, their first album of new material in almost 10 years to be released by Frontiers Music this week. And it’s a pretty killer record.

Originally set for release in spring 2017, Quiet Riot made the decision to re-record the entire album with new vocalist James Durbin.
After the tragic loss of original frontman Kevin Dubrow, since 2010 Quiet Riot has gone through four vocalists, finally just granting vocal duties to former American Idol contestant James Durbin. James came in fourth in the 10th season of American Idol in 2011 and has proven himself a formidable vocalist in the music industry.

With the blessing of the late Kevin DuBrow’s family, Quiet Riot 2017 includes drummer Frankie Banali – who has been the longest serving member (34 years) and is joined by legendary session bass player Chuck Wright (House Of Lords, Giuffria) and skilled guitarist Alex Grossi (Bang Tango, Adler’s Appetite).
And this line-up ROCKS.

“Road Rage” is exactly what you expect from this long serving band of Rock and Roll. Full of hooks, riffs and face melting guitar solos, this is arena-ready classic hard rock.
Durbin’s vocals work perfectly with the sound we have all come to know as Quiet Riot. The album is so full of great hits that you’ll struggle to find just one favourite track.

Opening the album is ‘Can’t Get Enough’, which showcases Durbin’s high-pitched vocals reminiscent of all ’80s singers in this genre. The band is tight and Banali’s direction lends a more groovy feel as opposed to the hair metal vibe of Quiet Riot’s earlier iterations.
‘Getaway’ starts with an intro that has the feel of Aerosmith’s Living on the Edge and a swing to the groove that please without blowing you away.

It’s the freshness of the bluesy almost-Badlands-like ‘Roll This Joint’ though that takes you by surprise, it’s good, very good and even though you may have heard that stuttering riff before, it works and Durbin sounds like he’s found his stride.
‘Freak Flag’ is a catchy rocker, an absolute head banger with a chorus to belt out at the top of your lungs. There’s some intense riffs which add to the power of the song. The solo provided by Grossi is in itself pure Rock and Roll and throw in that spoken hook – what’s not to love?

‘Wasted’ and is another track which throws you straight into a head bang. With another catchy chorus and strong back beat, this is another belter of a song. It has a double vocal track in sections with a multi-voice chorus which is very similar to classic Quiet Riot. The lyrics show a maturity in their song writing, but is 100% Quiet Riot through and through.
Another notable number is ‘Still Wild’ which has a familiar drum line opening and a definite bluesy influence. It’s got a great slow jam feel with Durbin’s vocals fitting the song perfectly. 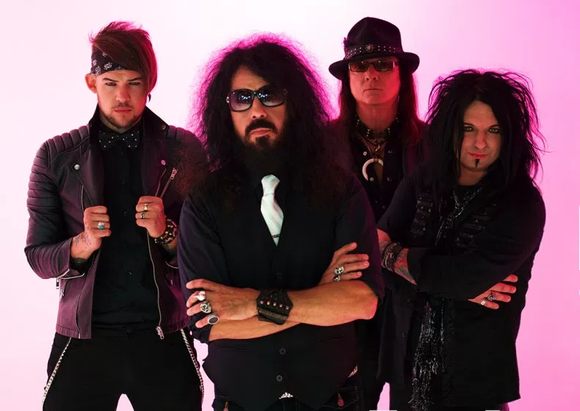 Rounding out this effort is a smattering of tracks perpetuating the energetic classic hard rock concept of this Quiet Riot 2017. ‘Make a Way’, ‘Renegades’, ‘Shame’ and and the catchy ‘Knock ‘em Down’ all invoke an image of youth, revelry, pride and conviction. Durbin belts out his lyrics with fervor, proving that his addition to the band was a wise move.
‘The Road’ is another lovely tune, perhaps the more “80s QR” with a catchy rhythm and a highly commercial melody and could do well on Rock radio with some promotion.

After all the troubles to get this album properly recorded, I was expecting the worst.
Instead, with “Road Rage” Quiet Riot have gelled into a tightly coiled unit on their best record in decades.
The album is full of that ’70s / 80s classic hard rock vibe showing the world that time may pass, but great music / bands will always continue to deliver. This is a really balanced album that will have you playing it on repeat over and over again.
HIGHLY Recommended