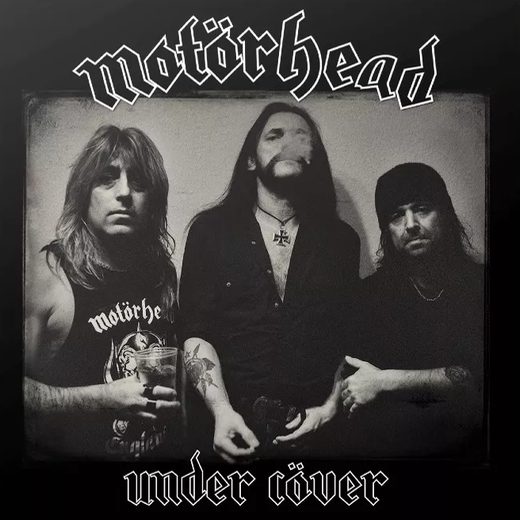 A new covers album is coming from MOTORHEAD, comprised of the best cover songs from the legendary rock and roll band’s career. The upcoming record, “Under Cöver”, will also feature a never before heard version of David Bowie’s classic track ‘Heroes’.

One thing Lemmy Kilmister, Phil Campbell and Mikkey Dee liked to do over their years together in Motörhead, was grab a favourite song by another artist and give it a good old fashioned ‘Motörheading’.
To run them through the Motörizer if you will. To rock them, roll them and even give them an extra twist and edge.
In celebration of some of those finest moments, the band are releasing September 1st “Under Cöver”, a collection of some of their best covers, and a collection which will include the previously unreleased version of David Bowie’s timeless classic “Heroes”.

Along with creating some of rock and metal’s greatest original tracks in their four-decade career, Motorhead also released some amazing cover songs.
The most famous is probably “Hellraiser,” which was originally co-written by Ozzy Osbourne, Zakk Wylde and Lemmy Kilmister for Ozzy’s 1991 No More Tears album. The following year, “Hellraiser” was the lead single of Motorhead’s 1992 March ör Die album, arguably becoming more popular than Ozzy’s version.

In total, 11 tracks grace Motorhead’s “Under Cöver”, which will also features covers of Metallica, Judas Priest, the Ramones and more.
Motorhead’s David Bowie cover of “Heroes” was recorded during the band’s Bad Magic sessions in 2015 and was one of the last songs Lemmy Kilmister tracked before his death later that year.

“It’s such a great Bowie song, one of his best, and I could only see great things coming out of it from us, and so it proved to be,” says Motorhead guitarist Phil Campbell, “Lemmy ended up loving our version.”
“He was very, very proud of it,” adds drummer Mikkey Dee, “Not only because it turned out so well but because it was fun! Which is what projects like this should be – fun!” 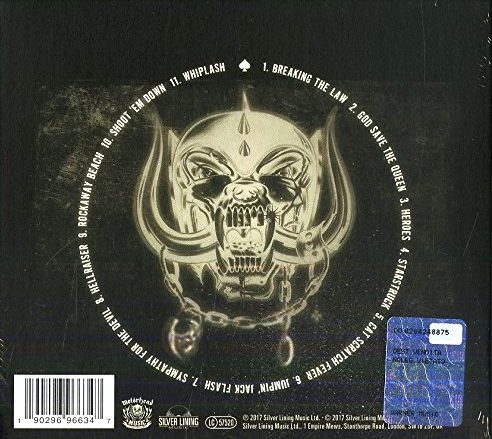 Some could argue that Motorhead’s “Under Cöver” is a cash-in release. Well, not for fans, and not even for the casual Motorhead listener, because this is a ‘different’ Motorhead album.
In fact, doing these covers, the band feels more ‘hard rocking’ than metal. And I like it. A lot.
HIGHLY Recommended