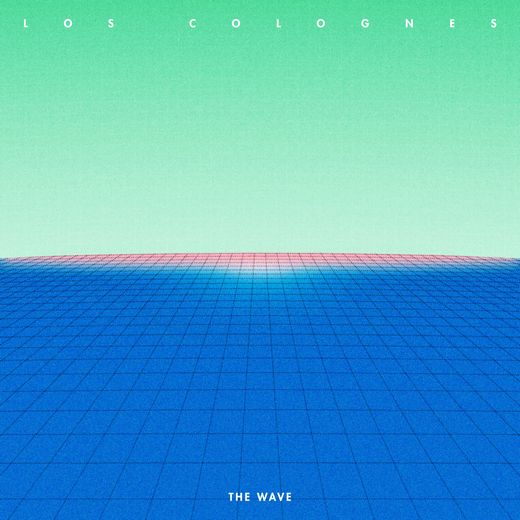 LOS COLOGNES third album “The Wave” arrives just in time for cruel summer days spent on the water. The group from Music City have created a delicious CD plenty of carefree ballads interplay with playful rock&pop melodies and an ’80s flair – just take a look at that cover artwork!
Welcome to the soundtrack for your summer.

Nashville’s Los Colognes have taken two years to craft their third release by carefully layering tracks, as opposed to recording live in the studio.
The result is a melodic, subtle groove, heavily rooted in hazy, wistful late ’70s California pop, reminiscent of that era’s Fleetwood Mac, add strains of Dire Straits, the less bluesy aspects of Eric Clapton, and even Wish You Were Here-period Pink Floyd for a set of gentle, easy-on-the-ears approach.

Yeah, “The Wave” sounds like an early 1981 FM radio broadcast, but with an updated production according to current technology. Call me nuts but I also hear a bit of early Toto. And a hint of Men At Work.
Right from the start, the first track ‘Sneakin’ Breadcrumbs’ softly launches the album off with a synth beat from yesteryear that, through the course of ten tracks, anchors a complex vessel of harmonies and hooks.
It perfectly sets the overall tone because, by and large, “The Wave” is a slower album. But it’s rife with huge moments that aggressively become a part of your DNA. The first melody that really got me is from the third track, “Unspoken.” I couldn’t get the chorus out of my head.

“Man Over Bored” brings to mind David Gilmour solo albums. It doesn’t quite have the hook quality of some of the other titles, but it’s the most profound, both structurally and lyrically.
There are little gems like this all throughout the record. But it might take some careful listening to pick them out.

The gentle and smooth pace, and warm throwback instrumentation, almost begs you to become a comfortable and passive listener. Which is actually quite nice.
Just so long as you also carve out some time to treat yourself to a more deliberate experience. Los Colognes’ songwriting shouldn’t be overlooked.

It’s good vibes only on ‘The Wave’. “Hit the road Jack. If you’re going to fight, draw the line,” front man Jay Rutherford sings on “Molly B Good.” The up-tempo track celebrates living life in the moment and “taking it all in.” At Rutherford’s request, the song will compel you to “turn the lights down low,” turn the volume up, and dance.
“Forever In Between” transports listeners directly to the beach on this whimsical ballad. “Feel the breeze gently blowing, smell the sea,” sings Rutherford before borrowing a line directly from the children’s nursery rhyme Row Your Boat – “life is but a dream.”

Close your eyes, feel the breeze, and surrender to summer’s call with the help of Los Colognes’ “The Wave”.
HIGHLY Recommended