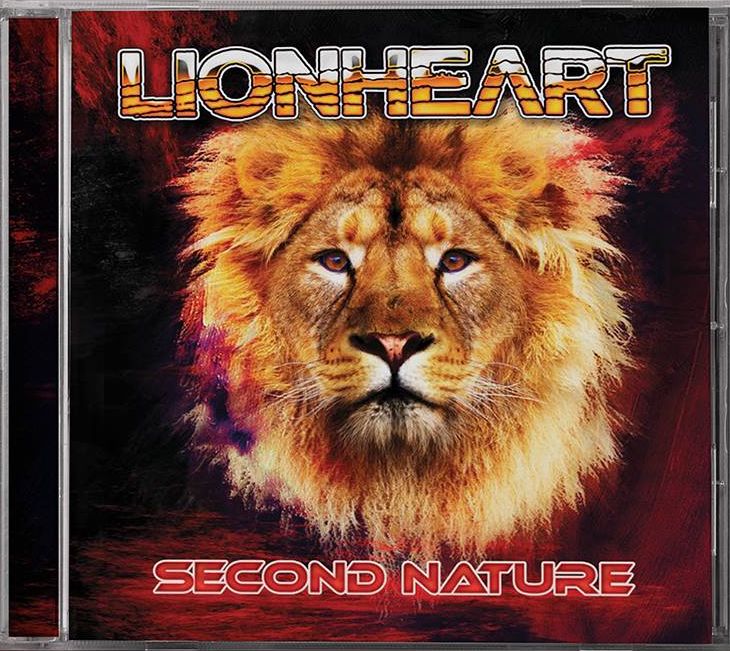 Finally, after many yearas of wait, ’80s UK melodic hard rockers LIONHEART will release its second album, “Second Nature“, in Europe on August 25 via AOR Heaven.
LionHeart was formed by Dennis Stratton (ex-Iron Maiden), initially as part of the NWOBHM but soon developed a more catchy, accessible sound. Their sole official studio album to date is the awesome 1984′s Hot Tonight, rightly revered among many Melodic Hard Rock fans.

They split-up in 1986 with Stratton going on to join Praying Mantis. Fast forward to 2016 and they reformed for the Rockingham festival, which led to the band recording this new album and they have already played live dates in Japan and Sweden Rock Festival, with a UK tour with Airrace due later this year.

Joining original members guitarists Dennis Stratton & Steve Mann (ex-MSG, Sweet) and bassist Rocky Newton (ex-MSG), there are drummer Clive Edwards (ex-Wild Horses, UFO) and vocalist Lee Small (Phenomena, Shy).
Small is an inspired choice as his singing style suits the melodic hard rock on this album perfectly.
And what an album! Chock full of catchy melodious tunes with some real monster songs like ‘Give Me The Light’ and ‘Angels With Dirty Faces’. Both have harmony vocals around the choruses that bring to mind the mighty Sweet.

’30 Years’ fair gallops along like a young thoroughbred, with the guitars firing on all six on this one.
To cool things down a little we have the superb power ballad ‘Every Boy In Town’. The keys add to the big production feel to this one, highlighting again what a great match for the music Lee Small is with his melodic singing.

A surprise is the cover of Chris de Burgh’s ‘Don’t Pay The Ferryman’ and what a corker of a cover it is! They rock this one up.
‘Heartbeat Radio’ is another fine slice of hard rock and features again fast ‘n’ furious guitar solos from Dennis Stratton and Steve Mann.

LionHeart 2017 is a Melodic Hard Rock machine, perfecly oiled and while awesomely melodic they have the bite missing in most acts from the genre nowadays.
“Second Nature” rocks bigtime, not a duff tune to be heard, as it is high quality classic Melodic Hard Rock from start to finish.
The Lions are back and roaring… AWESOME!