LINDA is a 21 years new singer from UK which debut album “Obsession” with her band THE PUNCH is produced by famed Michael Voss (Michael Schenker), and the songwriters contributing are renowned cats such as Tommy Denander, Herman Rarebell (Scorpions), Steve McEwan (Foreigner, James Blunt, Roger Daltrey), and many more.

Linda & The Punch style is fresh and wild with a firm foot in modern rock music but with an ear tuned to the long tradition of AOR / Melodic Rock. Linda has a strong clean voice with some range, and may remind of something between Pat Benatar and Robin Beck, maybe with a touch of Carrie Underwood.

For the music of “Obsession”, while the context is definitely Melodic Rock, the songs offer some variety with Linda’s voice at the forefront.
There’s some essential rockers within including the opener “What A Shame” with a crisp edge, “Looking Out For Number One” and, perhaps the heaviest song here, “Kill The Lights”, with a strong groove bolstered by some tough riffs.
Tight guitar riffs and Linda’s voice also propel “Nothing of Anything” giving it a heavy edge, her voice lifting the lyrics and melody above the fray.

Other songs rock with a different tone including “Cold Cold World” and “Welcome to London” dialing things back a bit offering more catchy AOR accessibility. They’re bright songs with memorable melodies and choruses.
That AOR / melodic rock style also informs both “Wake Up Dreaming of You” and “Lost For Words”, the two songs closest to ballads. The first has a milder, lighter, feeling, the second uses a lighter start to build to a more rockin’ crescendo.

Finally, Linda & The Punch attempt of cover of the Patti Smith classic anthem “Because The Night”. While the original was rather straight forward rock, the band takes a heavier, even slower, approach for their version. Linda’s voice gets the passion of Smith, but at times she’s seems more intent on being precise, other times, she simply sounds heavy-handed. Really good version. 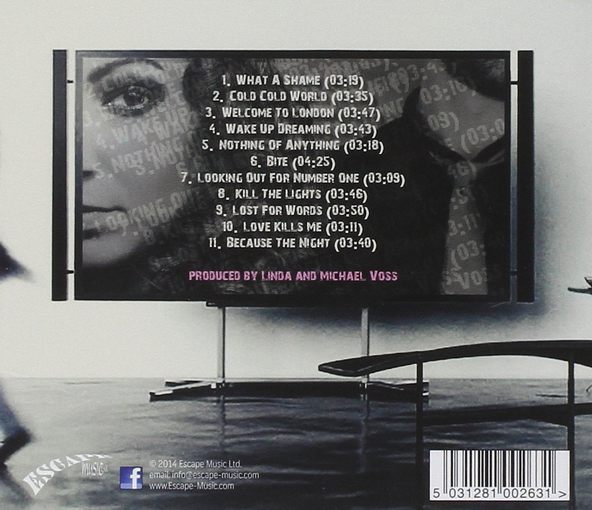 Linda & The Punch is a really pleasant listen. They sound fresh, vital and with a youth impetus.
Fundamentally, the greater strengths of their debut “Obsession” are the quality of the songs (really well composed and arranged), Linda’s dynamic vocal style, and the fine production.
If you like your female fronted melodic rock with the crisp vibe of the late Eighties (Pat Benatar, Romeo’s Daughter, Saraya, Robin Beck) wrapped by a modern sound production you need to check Linda & The Punch debut, a band to watch in near future.
Very Recommended