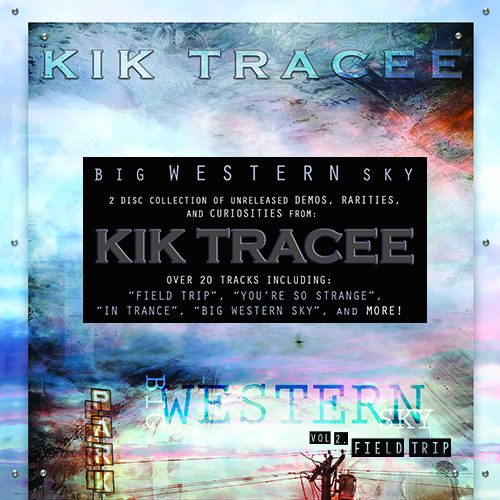 Californian melodic hard rockers KIK TRACEE are releasing “Big Western Sky”, their first album in more than 25 years in the shape of a B-sides, demos and rarities, available on 2 CD / 4 LP.
The vol.2 is sub-titled ‘Field Trip’. These are pre-production recording for their second full length that never was, early demos, a couple of live recordings, etc.

Kik Tracee vocalist singer Stephen Shareaux said of the release: “After all these years. Why a Kik Tracee release now? The timing just felt right.
We’ve been sitting on these songs for what, 25 years now? Kinda pulled them out recently, and listened to the stuff, and thought. You know. Let’s package this stuff and put it out there for the diehard fans to relive the glory days, if you will, or just get their Kik Tracee on, man”.

The sound quality is very good, most of them pre-production stuff which at the time were done professionally and would be today’s envy for many bands.
This Vol. 2 also includes two cool acoustic performances captured live in a radio performance.
Highly Recommended