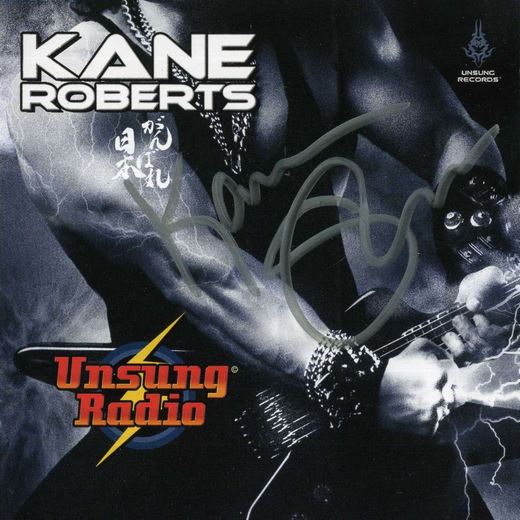 We have already featured here KANE ROBERTS last album “Unsung Radio” in its FireFest double-CD limited edition pack, but Roberts released the album as well via his own label Unsung Records.
This version is quite different, including 3 new tracks and a jewel case housing detailed artwork.

These songs are all material recorded by Kane Roberts during the ’80s after and before playing in the Alice Cooper Band, some ’90s tapes and some new material.
A little cat named Jim ‘Jimbo’ Peterik – Survivor & Pride Of Lions main man – was completely involved into these recordings co-writing, playing, producing and mixing.
Other renowned melodic hard rock man engineering & mixing is no other than talented Michael Wagener.

The exclusive tracks on this “Unsung Radio – Unsung Records version” are ‘House Burning Down’, ‘Dirty Blonde’ and ‘White Trash’, all mid-80s recorded tunes and among my favorites.
Despite part of the material here are pre-production songs, the sound quality is very good with that classy ’80s melodic hard rock feel.

You can’t go wrong with the session musicians accompanying Robert such as Kip Winger, Mike Slammer (Seventh Key), Bill Syniar (Survivor, Mecca) and many more, with Peterik adding his magic in keyboards, arrangements and overall production.

Unfortunately “Unsung Radio – Unsung Records version” was a quite limited edition CD as well, now out of print and a collector’s item.

* exclusive to this version