DRIVE SHE SAID – Dreams Will Come [The Best Of & More] 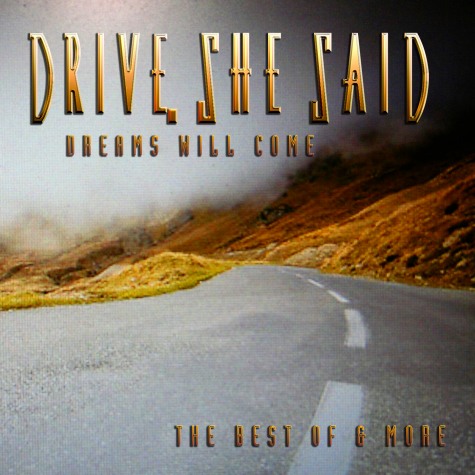 Formed in 1988, DRIVE SHE SAID released their first album in 1989. Put together by American Tears and Touch keyboard-man Mark Mangold and vocalist / guitarist Al Fritsch, you’ll be hard pushed to find a better selection of AOR songs than on their debut album.
“Dreams Will Come” is some kind of Greatest Hits, featuring a couple on new songs and some re-recordings. And a must for fans of the genre.

“Fools Game” was a hit for Michael Bolton and “I Found Someone” was one of Cher’s big comeback hits. Both were written by Mark Mangold, and now he gets do to his versions with Jon Bivona doing the guitar honors.
Also two new songs were written & recorded for this release, the very melodious title track “Dreams Will Come”, and the heavier kick ass rocker “Try To Let Go (FukUUp)” showcasing the magic trade off between Mark and Al in a keys / guitar battle.

Noe we move into the classics, kicking off with the band reworking of the Touch staple “Don’t You Know What Love Is”, one of the six tracks taken here from their debut album, something that shows you just how good that record is.
Then it’s on to the title track of “Drivin’ Wheel”, and the greatest slice of pomp mayhem that House Of Lords never recorded.

The 1997 Drive She Said compilation ‘Road To Paradise’ came with five new tracks and one of those, the excellent “Look At What You Got” makes the cut here as well.
The 2003 comeback album ‘Real Life’ gets three numbers: “Stronger”, “Real Life” and “Always and Forever (Godz)”.

“Dreams Will Come” is an outstanding showcase of Drive She Said’s music, characterized by Fritsch stellar vocals and Mangold scathing songwriting and musicianship, with anthemic songs and deep tapestries of keys and guitars.
And if you’ve ever wondered why those first two Drive She Said albums are talked about in hushed tones whenever AOR fans get together, this is your chance to find out.
A Must