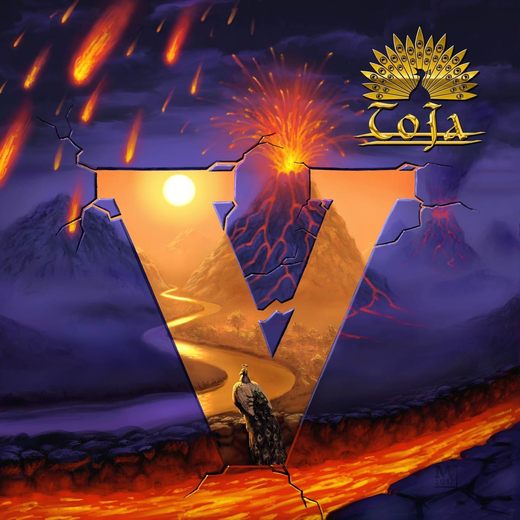 TOJA is a German melodic hard rock band with AOR touches who are celebrating their 20th Anniversary with their fifth album, fittingly named ‘V’ and released by Pure Rock Records.
Taking its name from the band founders (from vocalist Tommy Rinn “TO” and guitarist Jan Thielking “JA”) ‘V’ appears to be a hard rock album straight from the ’80s, presenting to the listener melodic riff-oriented rockers and delicate ballads.

This ’80s feeling meets the listener since opener ‘Tears of Fire’, a pristine sounding melodic hard rock track with fine instrumentation and Tommy Rinn’s tenor smooth lead vocals.
‘Forever Rock’ and ‘Where’s My Home’ makes you wonder which good results and success this album would have had if it was released 30 years ago, both with catchy rhythms and the latter with an AOR pinch.
Then there’s ‘Love Is Like A Sin’ which has this brooding and heavy feeling in its pacing, chunky riffs, and thick bottom end. One of the strongest songs here.

But ToJa also delivers variation as well with ‘She’s A Rebel’, adding some electronics and synths to the guitar riffs both working fine for the overall nice drive of the song.
Two ballads come with ‘Ballad Of A Friend’ and ‘Don’t Let Me Go’, both developed with acoustic guitar in the mix. Also, there’s the good, short hard rock instrumental ‘Senza Cantata’ showcasing Thielking’s slick guitar work.
The album closes with ToJa getting their bluesy hard rock groove going with ‘Ashes To Ashes’. 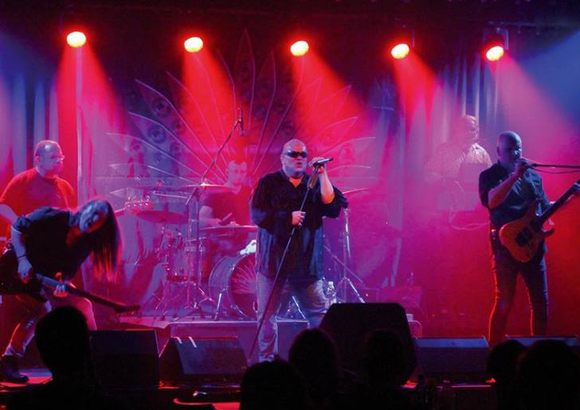 All in all, “V” is a solid and consistent effort from ToJa, an enjoyable album of guitar driven melodic hard rock in the German style. There’s a strong ’80s feeling all over, but the band manages to add their own touch and a fresh production sound.
Two thumbs up.