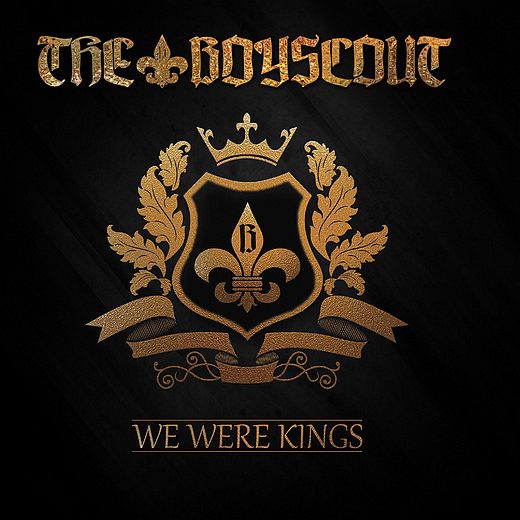 I am sure you remember the previous albums from German rocker THE BOYSCOUT (real name Manuel Mijalkovski) featured here, now 2017 he’s releasing “We Were Kings“, again recorded & produced with the help of long-time friend Michael Voss (Michael Schenker, Mad Max).

The last The Boyscout album appeared two years ago, and since then there’s have been hard times for the German musician with an immeasurable love for motorcycles, but also for rock ‘n’ roll music.
After being diagnosed with cancer, Manuel did not put his head in the sand, but his energy in “We Were Kings”. And it was more than worth it.

Apart from a set of studio musicians, in the previous albums well known names contributed to the recordings such as Robin Beck or Amanda Somerville among others, but this time The Boyscout needed to do it all himself.
“We Were Kings” presents such lovely melodies that one thinks Bon Jovi would have gone with a DeLorean time machine back to 1985 and would have started again to make good music. And that’s includes a very good Nancy Sinatra cover done in a melodic rock way.

Hymns like the title track “We Were Kings” (co written by Michael Voss), the fun opener “Hey Billy” and “1983” (its title says all) are pure ’80s melodic rockers with nice choruses and feel-good vibe all over.
“Bang Bang” has a verse structure and a chorus akin Meat Loaf, then “Deal With It”, “Long Is The Way” and “Our Night” are slightly heavier, while if you need a ballad then check the acoustically filled “Talking To An Angel”.

But then The Boyscout try something different. “Dying Words” is a completely different beast, melodic yes, but progressive. There’s powerful synths, cracking guitars and beautiful harmony between Manuel and a female voice (the name of the singer is not mentioned).
This kind of composition feels a bit out of place with the rest of the party-ready material, but it’s a good one showcasing what The Boyscout is capable of.

The Boyscout’s “We Were Kings” is an easy listening, feel-good melodic rock record ready for the Summer.
Manuel Mijalkovski is fine vocalist and has proven to be a complete musician, and Voss helps with the sound and I’m sure with more than an arrangement here and there.
Two thumbs up!