MASTERPLAN, which features former Helloween guitarist Roland Grapow, will release a new studio album titled “PumpKings” on June 30 via AFM. The effort consists of 2017 reworked versions of Helloween songs from albums that Grapow played on during his time in the legendary German band.
This is one of my favorite periods of Helloween, and here we find included three songs from Helloween’s “Pink Bupples Go Ape” (1991), two from “Chameleon” (1993), two from “Master Of The Rings” (1994), one from “The Time Of The Oath” and two from “The Dark Ride” (2000).

Generally, “PumpKings” establishes the notion why the ’90s shown upon Helloween, and even after the departure of Michael Kiske in 1993, which was soon after replaced by Andi Deris.
Furthermore, it provided a good enough idea of the slowly going darker compositions that Grapow made with the band. Starting from the moderately sarcastic / humoristic “Pink Bubbles Go Ape” and lasting till “The Dark Ride”.

Personally, I found this period of time to be quite diverse for Helloween – as said my favorite range from 1991-94 – and these new recorded versions by Masterplan made this revamped journey a pleasant one as it was in the first time.

The vast majority of the songs felt natural in the Masterplan version. All felt pumped up with new energies, even the slow tempo ones and not merely the speeding bullets. The band’s rhythm section deserves all the thanks for that.
On the early releases as “Master Of The Rings” and “Time Of The Oath”, the keyboards received an almost natural stance in Helloween’s music, for Masterplan it was more than suitable with a fine ambiance created throughout the compilation.
Lastly, there is the man of the hour on the strings, playing the riffs and lead sections to mere perfection with a massive guitar sound. 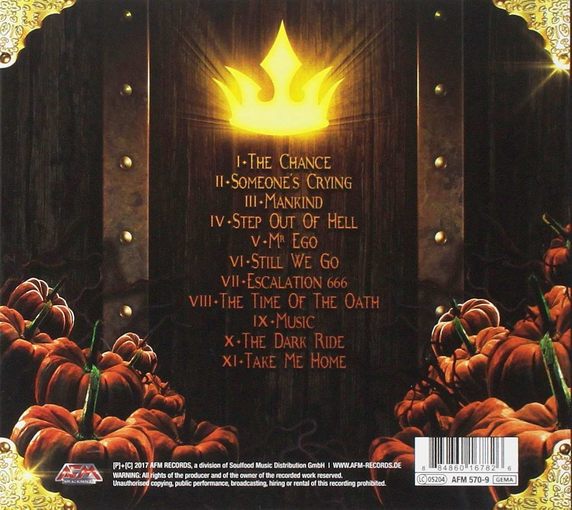 There’s nothing intrinsically wrong with the performances on “PumpKings” – in fact making them heavier and a different interpretation breathes new life into the songs, but after such an amazing album as Novum Initium in 2013 (the first with new singer Rick Altzi,) to decide to basically do a covers album is a little out of left field.

Anyway, Masterplan’s “PumpKings” is a good record, and excellent versions of some great Helloween songs, but I think I’d rather have new music.
I figure this was probably a fun idea for the band to just cut loose and take a break so to speak, and perhaps they’ve got another killer album of originals coming soon too.
Rocks