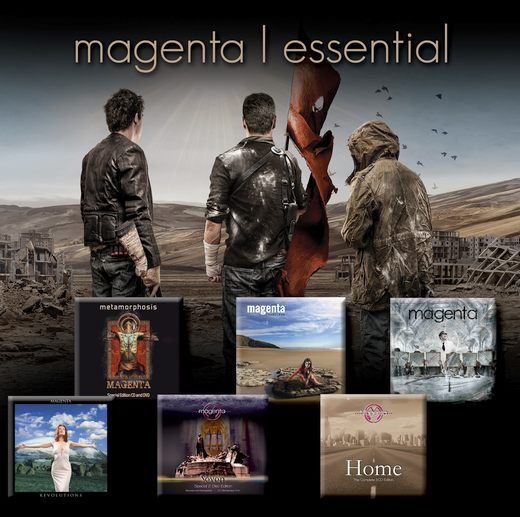 UK band MAGENTA has been among the more popular of the relatively recent progressive rock bands ever since they appeared with their debut CD back in 2001. Now they’ve decided to release “Magenta : Essential” a Greatest Hits album, something uncommon for prog bands.

They say; “So many times we have people coming up to us to say that they didn’t even know we existed, and then discover the band just for one song on YouTube and become fans for life. So the purpose of this album, is to have something that we can point music lovers to”.
And it’s an excellent idea, because here’s some of the best music Magenta has created, some tracks trimmed to single edits to fit the album.

Started as a one album project, Magenta was founded by Rob Reed (a talented keyboardist and composer who had worked on several prog band) joined by Christina Murphy (now Christina Booth), an incredible vocalist that has a bit of Stevie Nicks with the brilliance of Annie Haslam plus of course her personal and unique style, several times winner of Best Female Singer – Classic Rock Presents Prog Readers Poll.

So far Magenta have more than a dozen of studio and live albums to their name.
Just about anyone with an interest in well made, sophisticated yet also accessible progressive rock in general and perhaps even more so those with a passion for the classic sympho oriented varieties of this style should already be well aware of Welsh band Magenta.
For those who doesn’t, here’s “Magenta : Essential”, a great starting point if you never heard this really good band, strongly Prog rooted but with a modern sound that should have a broad general appeal.
VERY Recommended