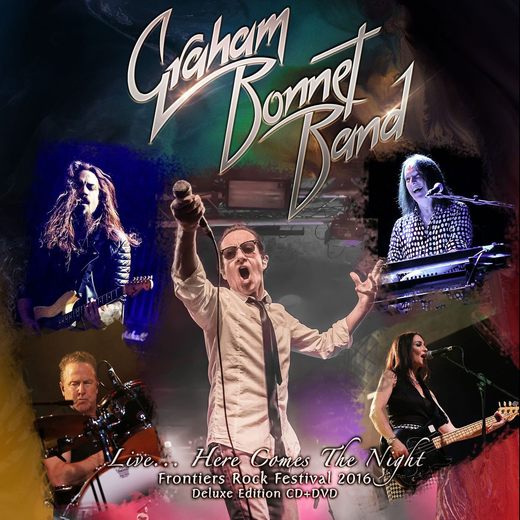 With “Live…Here Comes The Night”, Bonnet shut up many mouths of nay-sayers (including me) that stated the man wasn’t able to properly perform live anymore.
Wow, close to turn 70 years old, the English shouter is in flames during the entire set, full of fire, plenty of energy and in perfect pitch with his unmistakable, unique raspy throat.
The band sounds million bucks (check the video below) and the track-list includes all the songs fans want to hear.

You can bet that they will conquer you with some classics as “Eyes of the World”, “All Night Long”, “Lost in Hollywood” and “Since You Been Gone” from Rainbow, “Night Games” and “S.O.S” from his first solo album from 1981 (with a heavier sound); “Assault Attack”, “Dancer” and “Desert Song” from his times on MSG; “Island in the Sun”, “God Blessed Video”, and “Will You Be Home Tonight” from his band Alcatrazz; or “Stand in Line” when Graham was singing on Chris Impellitteri’s band.

Of course, the songs respect the original versions, but there is some kind of welcomed raw energy surrounding the performances.
A killer record, perfectly captured a with clean sound and a punchy mix.
Highly Recommended