Next autumn, German rockers EDGUY will present their greatest hits on the The Best Of The Best tour. As a prelude to this, the upcoming double CD/DVD package “Monuments” will feature not only 22 carefully-selected highlights from the band’s catalogue, but also five brand-new tracks plus an unreleased 1995 recording.

There’s always been a lot to like about Edguy. There’s the fact they are from a little town in Germany, Fulda, rather than the biggest cities and despite eschewing the bright lights they have been a band for a quarter of a century. That in itself is a feather on their cap, but then so is the fact that for the last 20 of those the line-up has stayed the same.
But silver anniversaries need commemorating – and Edguy band leader Tobias Sammet has never been one to do things by halves.
So “Monuments” is not just some half-arsed ‘best of’ to bridge the gap until the next release.

Rather it’s a, well monumental, effort. 22 songs from the back catalogue. One unreleased track that didn’t make the cut on 1995’s Savage Poetry demo, and five brand new sparkly fresh songs.
Think that’s a lot? Well consider this. Edguy is the stripped back metal cousin to Sammet’s other band – the wonderful Avantasia.
However, given that we have 2 CD version around two hours long, we’d best begin at the beginning. Because for your Edguy completists that’s where the gold is. The new songs.
“Ravenblack” belies its eerie start to do something rather majestic, but in common with all their other material, this is the way metal should be in the 21st century. 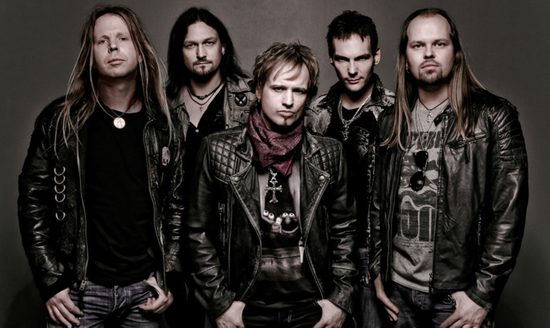 Think back 25 years when the band was formed by 14-year-old schoolboys (they are named after their science teacher). Metal was supposed to be dead. Then when in ’98 when the line-up solidified with the leap forward that was “Vain Glory Opera” (the title track is here) Nu Metal was meant to hold sway. Do you think Edguy cared? Do you think anyone with taste cared? No.
The embodiment of this is the outright horns up fun of “Wrestle The Devil”. Music like this isn’t meant to be released in 2017. Thank Christ, or the Devil – whatever is good – that no one told Edguy.

Pick of the new songs is “Open Sesame”. Yes, it sounds like Saxon – but most of them do anyway – but it rhymes “jumbo” with “mumbo” without a care in the world and any singer that proclaims himself to be “the Napoleon of rock” and fits it into a metal song is a genius.
Likewise “Landmarks” has fine double kick drumming from Felix Bohnke and a gleeful soaring chorus and not only does “The Mountaineer” sound like it should be an Iron Maiden song title then it has a gallop to match the Irons too. 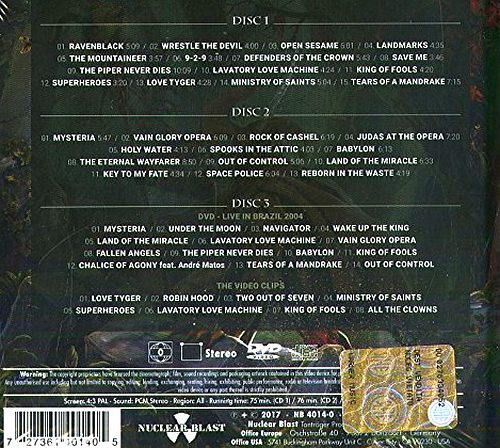 And right at the end they show you where it all started – and the answer is not too far away. “Reborn In Waste” might have a darker bass line, more Deep Purple style organ and the production is a world away from the shiny values of the new songs, but it is the work of a group of young men that were totally and utterly in the thrall of the greats of the NWOBHM – and wanted to add their own touches to it.

The other 22 songs here show how successful they were over the years. If you are new to them, this is perfect release to start.
Edguy is a truly consistent band, and “Monuments” is a brilliant way to prove that.