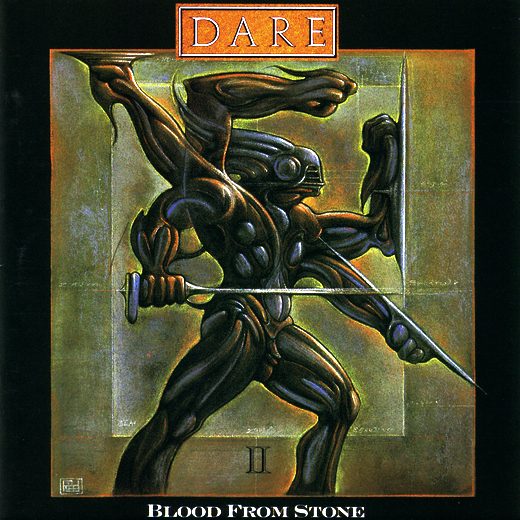 While DARE‘s second album “Blood From Stone” never was remastered, this is a nice request by one of you because this reissue of the album sounds much better than the original CD.
Dare delivered a superb AOR debut album, but for this second effort leader Darren Wharton decided to go for a Melodic Hard Rock direction… and what a killer record it is in this genre.

By 1989-90 Melodic Hard Rock was ruling the Rock scene and Wharton, perhaps also influenced by his previous stint with Thin Lizzy, opted for a more muscular musical approach, so “Blood From Stone” turned to be a rocking affair.
Wharton’s vocals here are harder, grittier, filled with passion n’ pain, whilst guitarist Vinnie Burns finds more room to deliver his melodious yet sharper riffs & solos, all but negating the need for Brian Cox’s artistic keyboard additions.

Yeah, “Blood From Stone” is the ‘different’ album from all Dare discography, so if you’re looking for crunching guitar riffs, big rhythm section and arena choruses check out tracks like ‘Wings of Fire’ and ‘We Don’t Need A Reason’.

Then ‘Surrender’ is influenced by the American hair metal scene, ‘Chains’ has a British hard rock pedigree on it, and ‘Cry Wolf’ and ‘Live To Fight Another Day’ are strong pieces of Melodic Hard made 1990.
‘Lies’ is a superb power ballad, ‘Breakout’ is one of my favorites with its huge, layered chorus, and for the end there’s some Thunder / Bon Jovi – that’s meaning equal British / American sounds – in ‘Real Love’. 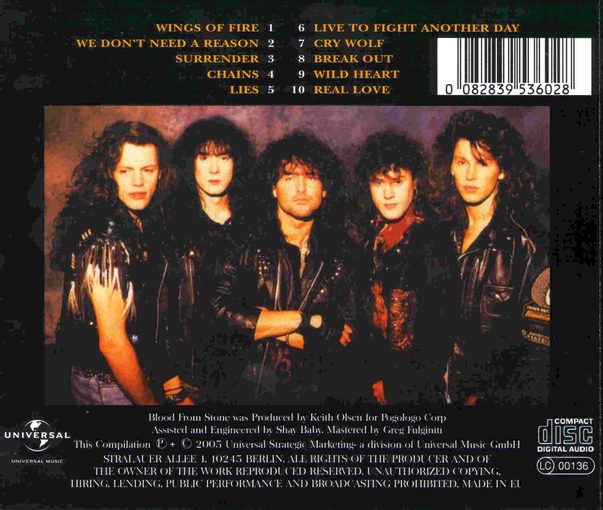 “Blood From Stone” is an album that cries out a proper remaster. Dare’s recording label brought in a big-budget producer in Keith Olsen… but gave him absolutely no budget. The result is a slightly muddy sound, but the songs are so awesome that to be honest, I don’t care.
This reissue of the album sounds much better to my ears, and I think it’s the best version you can get, as I doubt “Blood From Stone” will be remastered in a near future.
A MUST