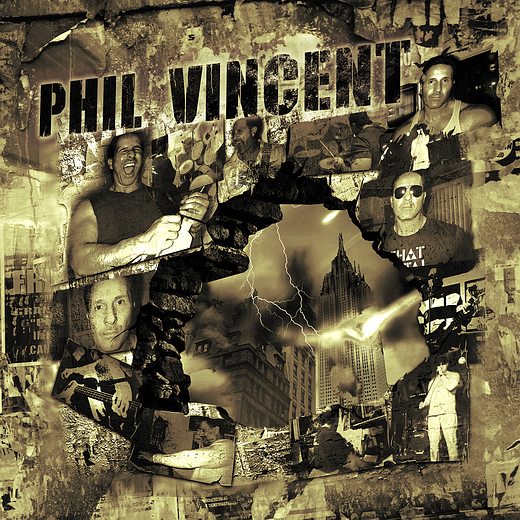 US singer, songwriter and multi-instrumentalist PHIL VINCENT is back, as happens every year, with a new solo album. But this is not just ‘another solo’ record. Titled “XX“, indeed refers to this being his 20th solo release. 20 years in the business, 20 solo albums… so this album released today June 16 it’s some kind of celebration as well.

Alongside his musical career, Vincent has been working on various projects in the last fifteen years or so including his own bands Tragik, Circular Logik and D’Ercole, and recently Cranston, the project with legend Paul Sabu.
And of course there was Legion – with guitarist Vince O’Regan – releasing 7 albums via UK label Z Records. This vast experience and friends made in the process lead that most of these musicians appear as guests on “XX”.

These includes guitar solos by Paul Sabu, Vince O’Regan, Pete Cox (Tragik), William Roux, and the recently deceased David Zychek (R.I.P.), ex guitarist from cult US AOR band Airborne .
Musically you know what to expect from Phil Vincent; American Melodic Rock with a strong ’80s feel.
You have very good harmony vocals on the likes of ‘Headlines’ or ‘Ride’ both with some Winger on it, there’s melodic rockers with catchy rhythms (‘All for Nothin’, ‘Hey You’) and a couple of slower moments including acoustics.

After 20 years constantly composing and recording, Phil Vincent has perfected his craft as ‘one man band’ and it shows in “XX”. Phil is singing better and better everyday building really good multi-layered harmony vocals which adds nice nuances on all songs, and the guitar work is intense, varied, delivering meaty solos as well performed by the skilled guests.
Phil Vincent is a rare case; while his songs aren’t instantly memorable, you can’t stop to tap your foot while listening to them.
It’s all familiar stuff for Classic Melodic Rock fans, and easily recommended.