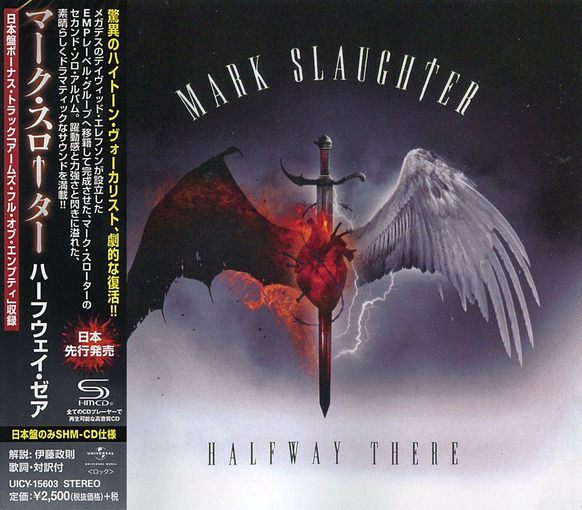 MARK SLAUGHTER‘s terrific recent album “Halfway There” has been released in Japan pressed on high quality SHM-CD format. Additionally, the bonus track isn’t an acoustic rehash or outtake, but a really great song that deserved to be included into the worldwide edition. Titled ‘Arms Full Of Empty’, this is easily one of the best tracks on the record and worth this Japanese SHM-CD every cent.

“Halfway There” is a stunning return to form for Mark Slaughter, channeling the familiar hard rock sensibility of classic-era Slaughter releases like ‘Stick It To Ya’ and ‘The Wild Life’ with a mature, progressive melodic bent.
The lead track “Hey You” kicks off with a driving riff and a catchy melody that would fit nicely on 1992’s The Wild Life without sounding dated. The album moves smoothly into “Devoted” which is a heavier, slightly darker sounding tune, before moving to “Supernatural,” a melodic catchy rock song with a killer chorus which has always been a staple of the Slaughter sound.

As a solo artist, it is apparent that this is a very personal album that Mark Slaughter has taken careful time in laying out.
This shows too on the title track of “Halfway There,” which is a well-written power ballad / arena anthem filled with personal emotion and with that early ’90s feel.

It is important to note this album has great guitar work throughout wisely arranged to complement the songs. I mention this because it is brought to you by none other than Mark Slaughter himself.
Some people are unaware that before Mark was known as a lead singer, he was a shredding guitar player on the radar of Mike Varney who was known for finding the next big guitar heroes in the ’80s.
For instance, there’s some kick ass, heavier edged tracks in “Conspiracy”, the frisky guitar-driven ‘Turn It’, and some progressive touches in “Reckless”.

Then “Forevermore”, while still offering a certain edge, turn on AOR accessibility in the melody and groove.Something similar comes with “Not Here”, where subtle piano twists with lighter electric guitar and notable bass line before opening up for more ambitious riffs, leading to another sweet guitar solo at the mid point. 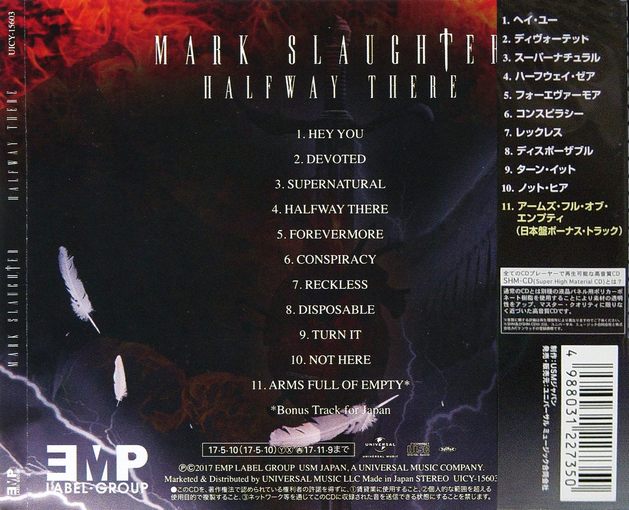 Mark Slaughter is a truly talented cat, capable to write a catchy stadium rocker or an elaborated, consistent song with hard / progressive overtones. And this is the core of “Halfway There”, a mature mix of tunes cleverly arranged, performed and produced.
Easily one of the best Melodic (Hard) Rock albums you can get this year.