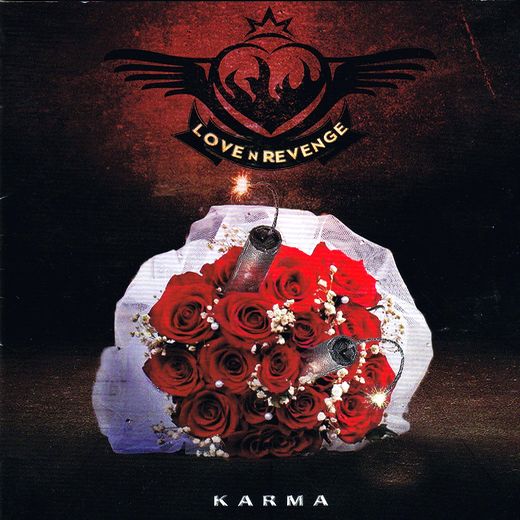 Fronted by talented singer/guitarist Damon Kelly, Canadian rockers Rockarma released two wonderful Melodic Hard Rock records during the past decade, and now Kelly is back with his new band LOVE N REVENGE and debut CD via Kivel Records: “Karma“.
It’s 2017 but this record made you think is it still 1989. The superb melodies, the heavenly hooks, the impressive harmonic chants made up one solid disc that I guarantee will stuck in your player for months.

Love N Revenge is a Damon Kelly baby, and obviously, has many things in common with Rockarma, but where his previous band was a bit hard rock at times, this one is pure US melodic hard rock inspired by the ’80s.
Produced by Vic Rivera (Adriangale) and mastered by Harry Hess (Harem Scarem) you know how “Karma” will sound: crystal clear and extremely melodic.

It’s all great stuff with highlights like the kickin’ “It’s Rock n’ Roll”, the catchy “Get This Sucker Started” or the absolute killer “Ready To Go”. All of them have an exciting and euphoric tones, big potential to score top-chart position back in the late ’80s heyday of the genre.
But all the rest are also very good with hardly any filler at all (perhaps the dirty “Chicks Dig Rock ‘N’ Roll” is a bit pedestrian).

“Breathe” blows out a clear Firehouse air in its riffs and arrangements, then “Suffocation” has Danger Danger written over it. DD’s Ted Poley produced some tracks on the album as well, and you can hear his touch.
More quality harmonies are delivered by ultra-melodic “Don’t Walk Away” (’80s Harem Scarem vibe), “Rest Of Time” is just terrific flirting with AOR waves, while the thick guitar riff of “I Like It” bring to mind Adriangale, not strange with Vic Rivera behind the desk.

Then “Roxy Roller” is an excellent glammy cover of the cult song composed by Nick Gilder for his band Sweeney Todd in the Seventies, which became a No. 1 hit in Canada. Great tune with great swagger.
“Long Way To Rock” ends the record in full groove and with some awesome, long and kickin’ sustained guitar solos. 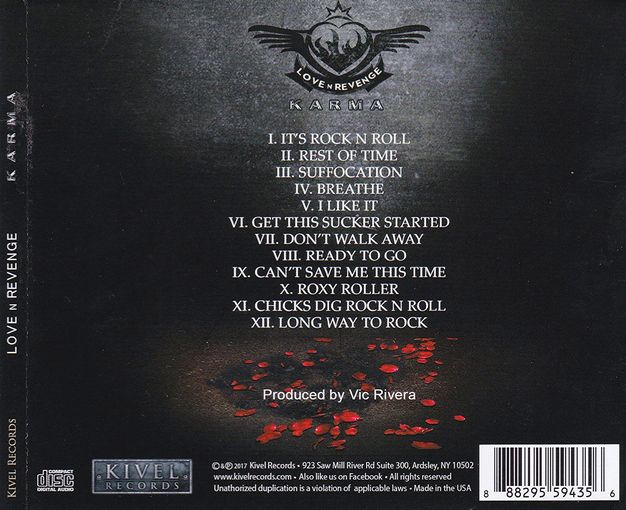 Love N Revenge’s “Karma” is an awesome, pure late ’80s American Melodic Hard record with all the magic ingredients from that era. Damon Kelly is able to write really good songs with catchy choruses, and musicianship / production are top notch here.
As far I know, most the instruments were played by Vic Rivera, though the band members are listed as performers.
A wonderful slice of ’80s stuff performed with style.
Highly Recommended