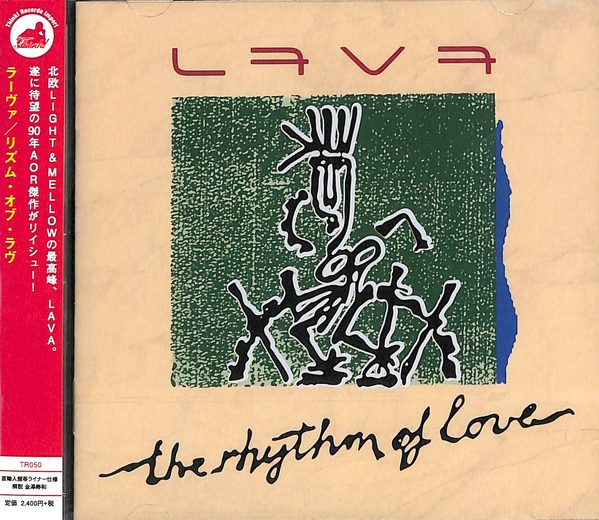 If you are a fellow reader of this blog, you’re aware of Norwegian label Preservation Records and their LAVA remastered reissues. The band’s first 3 English-lyrics albums were already released (and featured at this blog) and now the label are closing the circle with LAVA’s most celebrated record, 1990’s “Rhythm Of Love“, digitally remastered for the first time.

For AOR fans LAVA needs no introduction. If you never heard about them, you’re missing a great band. A brief bio:
The first incarnation of Lava was formed in 1977 by guitarist Svein-Dag Hauge and drummer Per Hillestad, both still in the band up to this date. They released their self titled debut in 1979 focusing in instrumental jazz-rock. Then there was an album with native lyrics, and the very recommended Cruisin’ and Prime Time followed.

After the album Fire (1984), LAVA became the touring band of Randy Crawford, so fans had to wait 6 long years until their next album “The Rhythm Of Love” (1990).

During the years they had in a way become the “Scandinavian Toto” for their reputations as sought after A-list studio musicians and this album clearly shows why.
Yes, not only “The Rhythm Of Love” features top-notch, perfect instrumentation & songwriting in the way Lukather & Co did, but also LAVA sounds a lot like TOTO all over, from the melodies / harmonies to the sharp guitars and precise rhythm section.

Terrific songs such as ‘Heartache’, ‘Lovers United’, ‘Somebody Like You’, title track, or ‘She’s The One’ are primo AOR in the vein of TOTO’s “The Seventh One” album, and add to that the elegance of Swedish favorites TIME GALLERY debut.

For years almost impossible to find and now Digitally Remastered for the first time and strictly limited to 500 units, this copy of “The Rhythm Of Love” is one of the few sent to be sold in Japan. The disc is manufactured in Europe but the packaging it’s done in Japan including OBI. The remaster is excellent.
LAVA’s “The Rhythm Of Love” is a must have to any TOTO fan, and a more than recommended listen for all pure AOR aficionados out there.