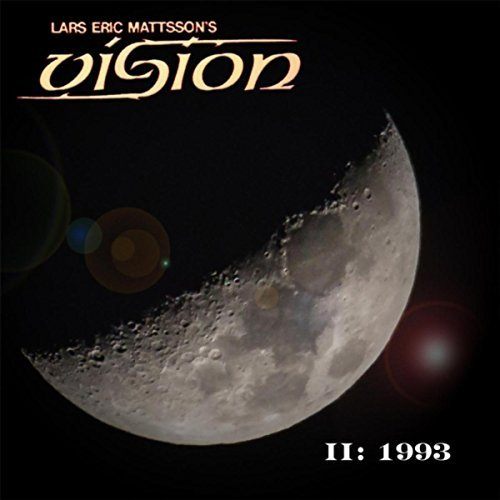 Lion Music has started a reissue campaign of all Lars Eric Mattsson’s VISION albums, the band the Swedish guitarist started in the early ’90s. “Vision II : 1993” was a the second recording by the band, but never released until now.

The first Lars Eric Mattsson’s VISION album did very well in Japan and 3 videos were made. In 1993 the band was recording the follow up of that previous year’s successful debut while their record label was sinking like a stone without informing their artists.
They stalled the release by asking for more and different tracks time after time because they could not afford the advance payment. And then finally the label was bankrupt.
Bass player Micke Ahlskog had already left the band and was first replaced by Sören Lund, and then finally by Örjan Sjöström who also played keyboards on this, Lars Eric Mattsson’s VISION previously never released second album.

Musically, “Vision II : 1993” follows the same path of the previous record; this is a mix of Scandinavian classic melodic hard rock with AOR in the vein of Talisman, Europe, Goran Edman’s Madison, etc.
In the harder side of things tracks like ‘Thunder and Lightning’, ‘Voodoo Woman’ and ‘Dying to Be Loved’ are among the stronger cuts, while there’s catchy melodic rockers in ‘Fields of No Return’ (where lead singer Conny Lind sounds alot like Goran Edman) and ‘Midnight’, a highlight with very fine harmony vocals.
‘Set Me Free’ go for AOR waves, then ‘I Will Be There’ is a very classy Scandi midtempo ballad.
The quirky ‘On the Edge’ adds a heavy-funky feel in the vein of Talisman, which I like much.

Recorded in 1993 but never released until now, “Vision II : 1993” is another solid album from Lars Eric Mattsson’s VISION.
Kudos to Lion Music for resurrecting this long lost album to all Scandinavian Melodic Rock / AOR fans rejoice.