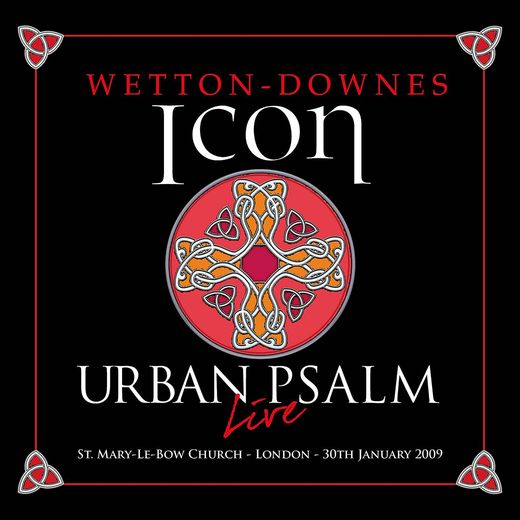 ICON was the collaborative band of the late John Wetton and keyboardist Geoff Downes, both known as the stellar songwriting duo behind the ASIA catalogue including the mega hit Heat Of The Moment. “Urban Psalm” emerged out of a very special one-time concert featuring the music of Wetton / Downes set in an historic Church in London, recorded and filmed.
The concert has only been available as a DVD on the artists’ merchandise store previously, so this is its first mainstream release re-titled “Urban Psalm Deluxe Edition“, now with the audio as an accompanying additional two CDs.

Geoff Downes is a current member of Yes, and the great John Wetton passed away last January, so this works as a fitting tribute to his work as musician including King Crimson, Roxy Music, Uriah Heep, Wishbone Ash, and of course, ASIA.
ICON proved to be more than a ‘side project’ for both musicians, the duo carried on and issued, all in all, three albums, EP and a studio DVD.

There was one more, last entry into the project’s discography, though, titled “Urban Psalm – Live”: a video document of a concert recorded at St. Mary-Le-Bow Church in London on January 30th, 2009 and featuring songs from all the previous releases.
Available only from the artists’ online store, it has been missed out on by most of the fans, yet June 2017 will see its official edition in expanded form.

Approved by Downes and the Wetton Estate, what was out before on a DVD is to be fleshed out now with two CDs with a full show – with tracks that didn’t make it to the public before.
More so, “Urban Psalm” marks a start of the ICON reissue programme, on Cherry Red Records, which will include the band’s entire output. 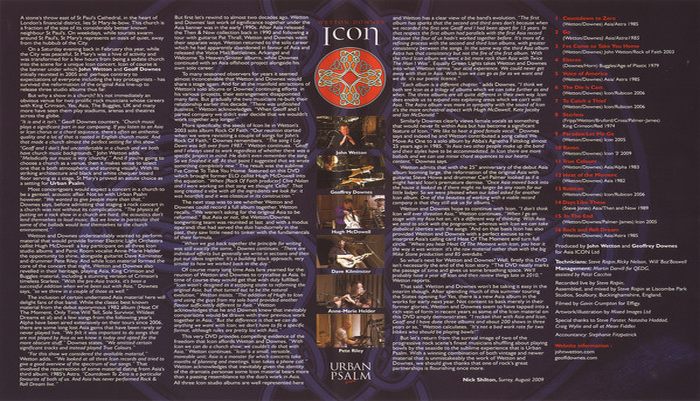 To me, ICON always was some kind of ASIA in microcosm, a wonderful project with beautiful music. All best ICON songs are here, but also song from Wetton solo career (I’ve Come to Take You Home), ‘Elstree’ (originally by The Buggles), and King Crimson’s ‘Starless’.
The concert also features an extraordinary group of players. Dave Kilminster (Roger Waters, Keith Emerson) was on guitars. Pete Riley “the best drummer in the world” played with Keith Emerson alongside Dave. Panic Room’s Anne-Marie Helder was on vocals and ELO’s Hugh McDowell played cello.

Low-key yet absorbing, “Urban Psalm Deluxe Edition” is a very fine live representation of the magic that acted as a long-time bond between John Wetton and Geoff Downes.
Forget the ‘live’ environment, this one sounds like a studio recording with the Church providing the scenario to create the fantastic atmosphere.
Highly Recommended