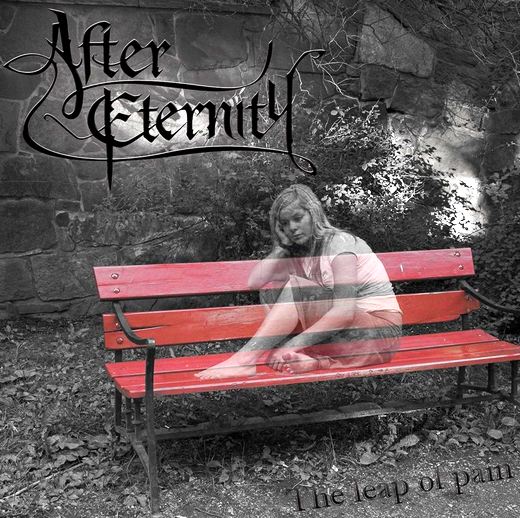 “The Leap Of Pain” is the debut album from AFTER ETERNITY, a Norwegian band founded in 2004 by drummer Kristoffer Øyen. While sporting a modern production, the record is inspired in the old-school progressive metal style, something different from what we hear nowadays regarding this genre.

In late 2004, drummer Kristoffer Øyen – also a studio session multi-instrumentalist who has recorded for several artists – taped a song that was intended to be on his solo album whenever he had the time and could effort to make it.
At this time, the album and the thought of a full band playing only his music live was nothing but a faint dream. But as the years went by, he recorded many ideas and themes and finally, in the spring of 2006, he had enough material to sit down and mix it all together and put out an entire album consisting of his own material.
Kristoffer has always played several instruments and decided that he would write and record all of them himself because that was what he had been doing all those years.

Having recorded enough songs, he then started looking for people to join him on stage to play his music live. A few phone calls later he’d amassed a crew of talented musicians eager to participate in the project called After Eternity.
Then the idea of After Eternity as full-time / full-band born. However, this was only the start of what has been, over the last few years, a turbulent path with several lineup changes, only turning into a fully fledged band with a consistent core by summer 2010.

The material in “The Leap Of Pain” was almost completely re-arranged / re-recorded, resulting into a quite interesting 9-track album plenty of classic heavy riffs, clean powerful vocals, orchestrations and solid guitar solos.
Erik Salminen’s lively singing resembles the clarity of fellow Norwegian singer Michael Eriksen of Circus Maximus, then the overall instrumentation – while with twist & turns typically from the prog metal flair – are based in the classic stylings of the genre at places with a hard rock groove here and there.

There’s very effective and enjoyable passages akin the early Dream Theater in ‘Genesis’, ‘Perennial Euphoria’ and especially the synth-laced ‘Legacy’, the latter easily one of my favorites and a real treat for DT Images & Words fans.
The band turn things more heavy with ‘Drifting’, but basically this is a very melodious album with ‘song format’ tracks as well like the catchy midtempo ‘Addicted’ (some hard rock groove in the background) and ballad ‘False Innocence’ with nothing to envy to the great names in this genre.

“The Leap Of Pain” is an impeccably conceived melodic prog metal album with that early ’90s atmosphere that I like so much, both in arrangements and style.
This type of ‘crystal clear’ prog sub-genre needs a pristine mix & production to work, and After Eternity has managed – despite the limited budget and different recording sessions – to obtain a very decent product in this matter. Sure, a little more ‘punch’ would have done miracles, but being an indie / self managed recording, this resulted fine.
If you miss the first Dream Theater and like Circus Maximus, Ark, Seventh Wonder, etc, “The Leap Of Pain” will make your day for sure.