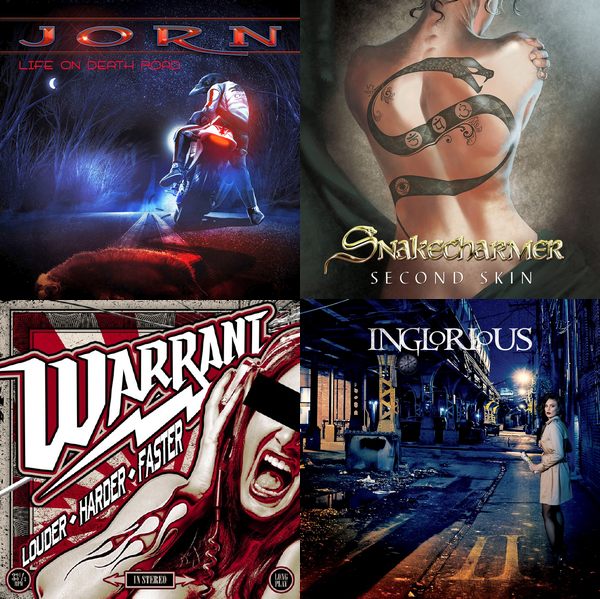 Some amazing albums coming this Spring / Summer, let’s check the advanced singles from the best of ’em. From the always great Frontiers Music roster, JORN is about to release his new album and the first single title ‘Man Of The 80s’ says all about its sound.
Also super-group SNAKECHARMER has presented some new tracks from the upcoming album, as well as WARRANT and INGLORIOUS, all very good songs.

British sensation MASSIVE WAGONS are working on a new CD and we have here the advanced single, as well as legend TYGERS OF PAN TANG with their classic sounding new track ‘Never Give In’.
Speaking of legends, STYX has just released a new song, and hope there’s a full CD in the making. ANGELWINGS is a new, very promising band from Gibraltar ready to release their full length debut soon. ‘Memories’ is the title of the solid first single.

And then there’s a little surprise: the first finished song ‘Cross The Line’ from ATLAS, a new British AOR band who are working on their debut. This is a promotional material only. Delicious stuff.