Ilous relocated to Hollywood, California from Lyon, France, in 1986, forming the hard rock band XYZ along with friend and bassist Pat Fontaine. Ilous quickly became a favorite on Sunset Strip scene in the late ’80s before getting signed to Enigma/Capitol.
After selling over 1.5 million records worldwide and touring with artists such as Foreigner and Alice Cooper, Ilous has continued to release albums well into the 2000s, along with film, songwriting and television work, and was chosen as led singer for Great White.

“Gypsy Dreams” is a nine-track salute to classic rock with a twist.
This is not exactly an ‘unplugged’ record as there’s electrics mixed with acoustics, and the guitars are not just ‘nylon-sounding’ sweetness. The flamenco guitarists here are true beasts, and some riffs even feel more potent than through a distortion amp / pedal. 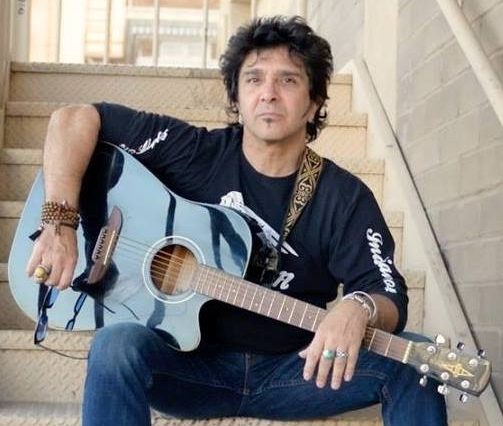 The twist for Ilous is that he has taken such diverse classics such as Zeppelin’s Whole Lotta Love, Peter Gabriel’s In Your Eyes, DIO / Black Sabbath’s Heaven And Hell or Chris Isaak’s Wicked Game and given then a an acoustic / flamenco edge to them.
I also enjoyed a lot his take on Def Leppard’s Love bites with a little raspy vocal performance.
Very well done, enjoyable classic songs. Two thumbs up!