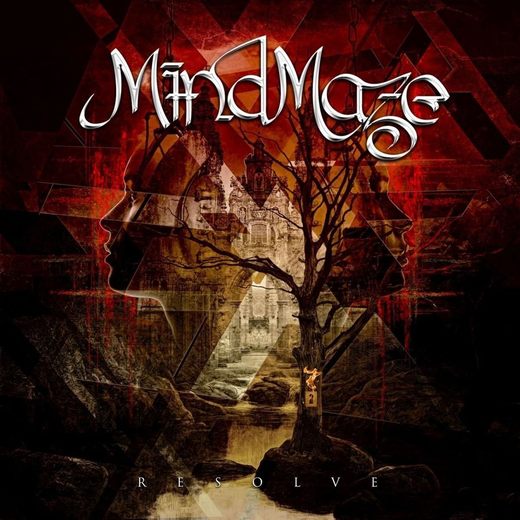 American female fronted outfit MINDMAZE just dropped “Resolve“, the band’s third full-length release and most ambitious work to date. Faithful to their traditional blend of progressive, power, old-school melodic metal, and a pinch of melodic hard rock, MindMaze has produced a gem of a concept album based about profound personal struggles, loss and other highly human emotions.

After 3 years since the last full length studio album, musically “Resolve” is simply another return to form for MindMaze: highly guitar centered progressive power metal wrapped in very strong, melodious production.
To break that down a little more, guitarist and songwriter Jeff Teets’ arrangements revolve around his wall of riffage and then his breathtaking solos. Sure, he drops in some keyboards, even some sweet piano lines here and there with ‘One More Moment’ as good example. But his guitar lines reign supreme.

That’s not to say the compositions sacrifice other important elements. Melody, harmony, and groove are abundant as on all previous MindMaze records, with rhythm adding the gallop to the power metal edge.
Singer Sarah Teets for her part rises above this fray with a classic hard rock / traditional metal style to her voice. Thankfully, she’s neither the piercing operatic singer nor the grating screamo singer. No, her voice adds to the harmony and melody inherent in the arrangements, and her phrasing is more for clarity.

As a whole, “Resolve” is a very strong, fluid album despite its 68 minute, and all songs are interesting and varied. To highlight a few, the disc starts, appropriately, with a rush power metal and guitar fury. ‘Reverie’ is an instrumental powerhouse that turns, with no momentary stoppage, into the blazing ‘Fight The Future’.
‘Drown Me’, a song with mixed pacing, drops in a piano line just past the midpoint and leads to some gentle acoustic guitar.
The aforementioned ‘One More Moment’ is similar with with piano segues juxtaposed against some brisk and heavy riffage. For the later solo in the song, Ms Teets sets it up with her rising voice, then her brother fills in with his guitar solo crescendo. 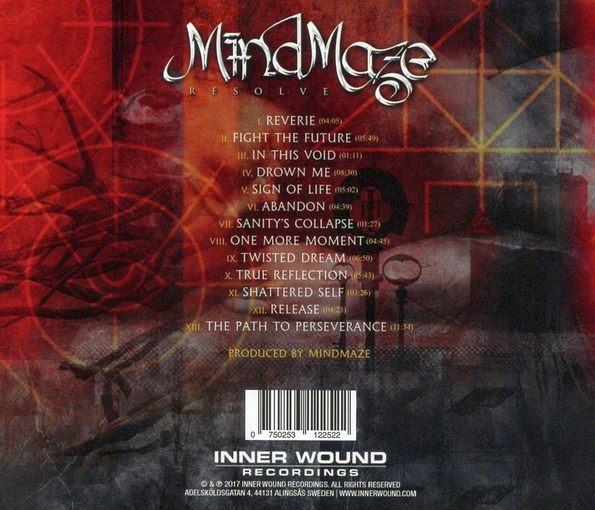 Some more pure classic melodic metal comes with ‘Shattered Self’, which begins with thundering drumming and quickly jumps to light speed pacing. Yet it ends slowly, diminishing with synths and turning, again without pause, into ‘Release’, which is likely the quietest song here.
The same ethereal synths, from the end of the previous song, are joined by acoustic guitar with Ms Teets voice lilting above. But fret not, a crescendo of riffage and a fiery guitar solo finish the track.

MindMaze’s blend of melodic metal, power, prog metal and more has been perfected in “Resolve”, and album that musically will please fans of almost any rock genre.
The concept is not strict, so you can enjoy every song standalone. Production & mix are excellent, the guitars roar, and Sarah Teets’ crystal clear vocals a constant high point in this album.
Strongly Recommended