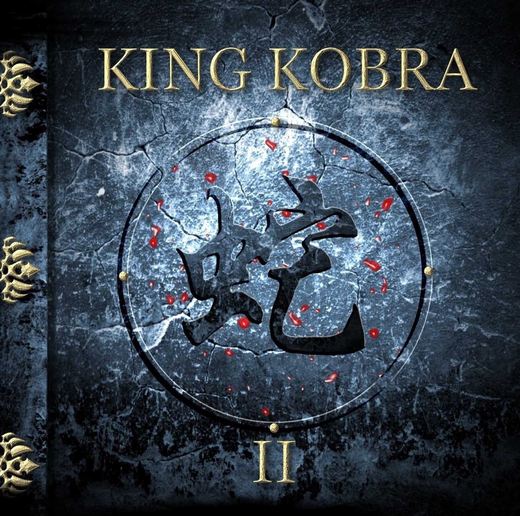 “King Kobra II” follows the path of its predecessor in an even better way I’d say: with huge choruses, infectious hooks, stellar melodies, monster drumming, and blazing guitar solos, “II” is a throwback to the glory days of ’80s hard rock.
The music reflects the band members’ influences that spans blues to melodic hard rock to swing to metal — you name it, it’s in there. King Kobra have the formula on how to write, record and produce consistently good music in this style, they truly have put their contemporaries that have ‘reunited’ to shame.

There’s biting numbers starting with the driving “Hell On Wheels”, the burly “Knock ‘En Dead”, the fun “Have A Good Time” or the riff beast “When The Hammer Comes Down”.
“Tears Are Falling” recalls Kiss when they used to write good songs, and we have an ultra catchy power ballad “Got It Comin” in the Van Halen / Hagar-era vein.

Of course no album of this calibre would be complete without a groovy mid-paced rocker about the trial and tribulations of a hell-raising night on the hooch. In this case I present to you “The Ballad of Johnny Rod” in which Shortino delivers a sordid tale about the peroxide mulleted bass demon without even the slightest hint of irony, and for that reason I love it even more. Even the spoken passages are great.
“Deep River” is bluesy and soulful, and their irresistible nod to radio-AOR with “We Go Round” which closes out the album finds Shortino channeling Steve Perry. 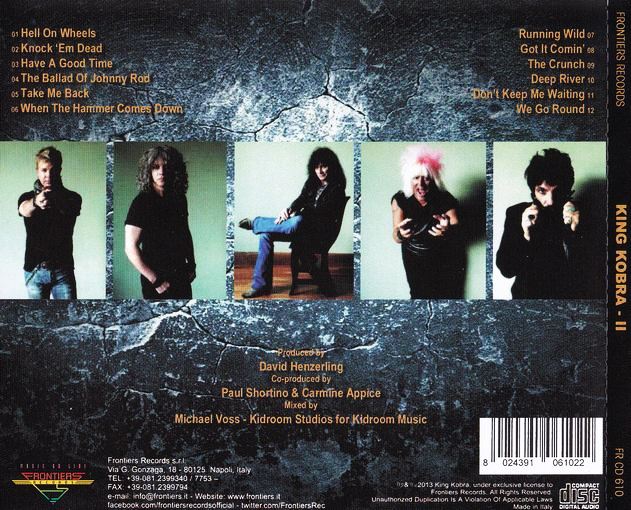 With an outstanding production courtesy of David Henzeling, Carmine Appice and Paul Shortino, “King Kobra II” shows a band clearly knowing what they like to play and what their fans like to hear them playing.
Shortino once again proves to be the ace in the pack on an album brimming with gritty, yet accessible riffs, punchy choruses and a thundering rhythm section, his voice ranging from an ear catching soar, to a chest thundering roar. Put simply he’s immense on “II”.

However not far behind are Sweda and Michael-Philips, the pair trading searing solos and hook laden motifs for all their worth, and the thunderous rhythm section of Johnny Rod and Carmine Appice coming together to bring you another slice of Kobra to contend with.
On “II”, King Kobra are firing on all cylinders and fully deserving of the massive success and acclaim that has disappointingly evaded them thus far.
KILLER